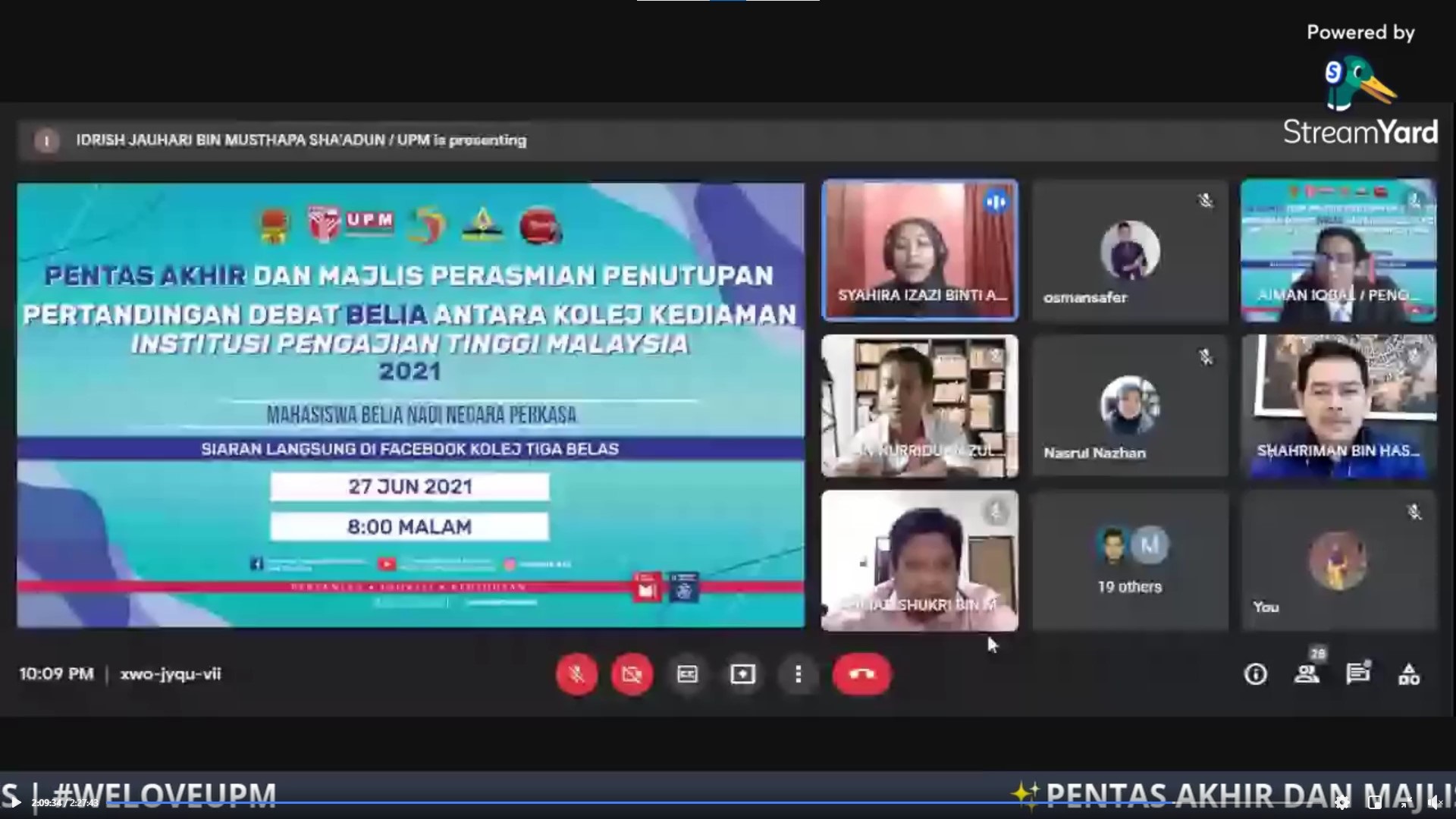 SERDANG, June 27 – A total of 16 teams from six states have participated in the Youth Debate Competition among Residential Colleges at Malaysian Institutions of Higher Learning 2021 (DELIA 2021).

DELIA2021 Director, Aiman ​​Iqbal Ibrahim, said the programme aimed to develop talented students in debate and the ability to have healthy competition and high-level thinking skills.

"This competition can also provide new knowledge and experience to all involved and improve their skills in debate," he said.

The preliminary round took place on June 19 and 20, while the quarter-finals and semi-finals were held on June 21, and the final was on June 27. The motion of the debate was issues related to youths. The participants were allocated a week to prepare their debate arguments based on the motion given.

The final stage and also the closing ceremony of DELIA2021 was held at night on June 27. The guests of honour were Mohd Fadzli Tajuid, Head of the Children and Adolescent Literature Development Division, DBP, and Shahriman Hashim, Head of the Administration of the Office of the Deputy Vice-Chancellor (Student Affairs and Alumni), UPM. 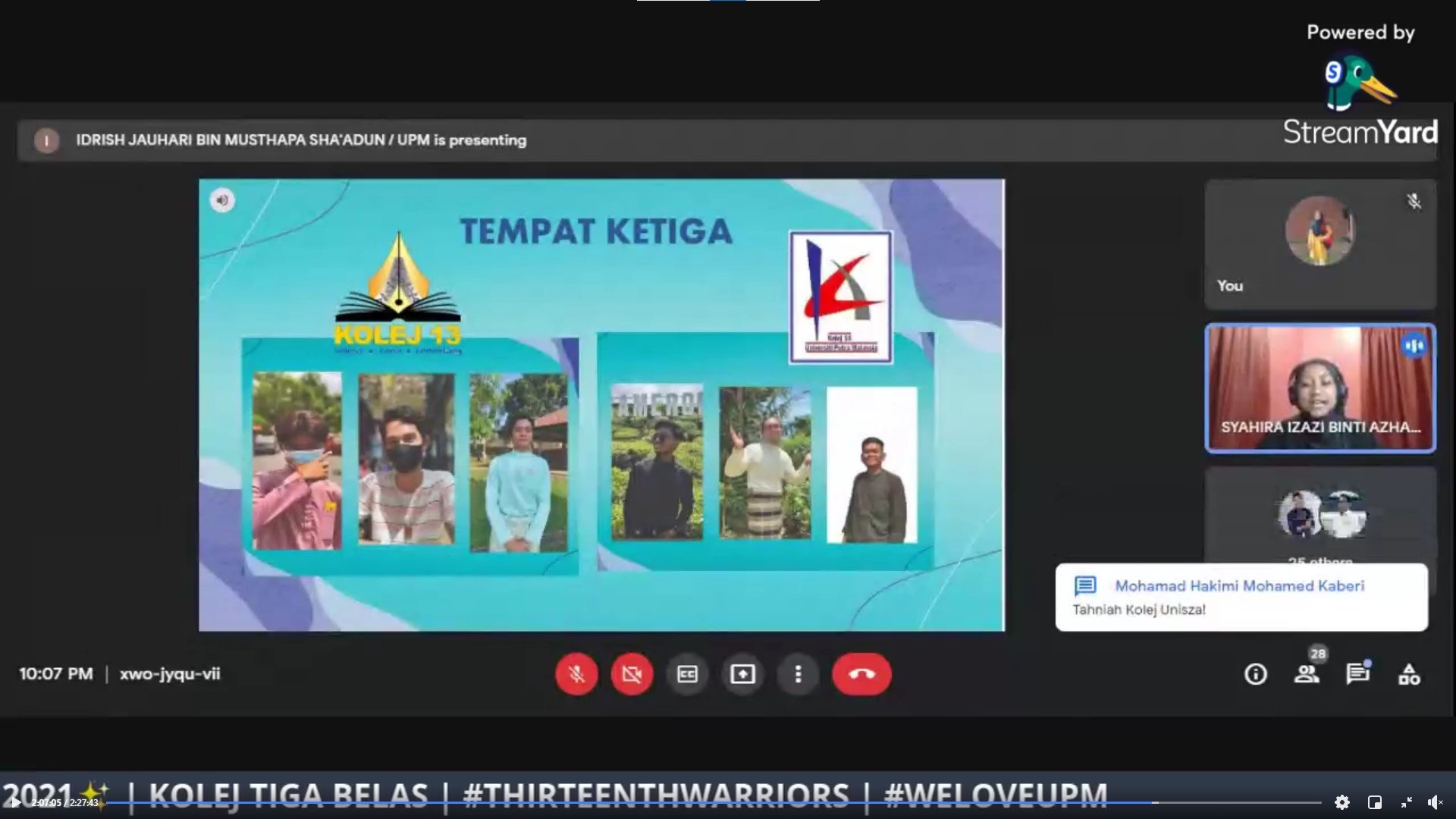 The UniSZA College team emerged as champion, while the runner-up was the UNITEN Scholar Group team.

Both teams delivered an intense and forceful debate session.

The Best Overall Debater award was awarded to Mohamad Hakimi Mohamad Kaberi, while the Best Final Stage Debater Award was presented to Muhammad Afif Nazhan Mohd Hasni. Both of them were from the UNITEN Scholar Group team. 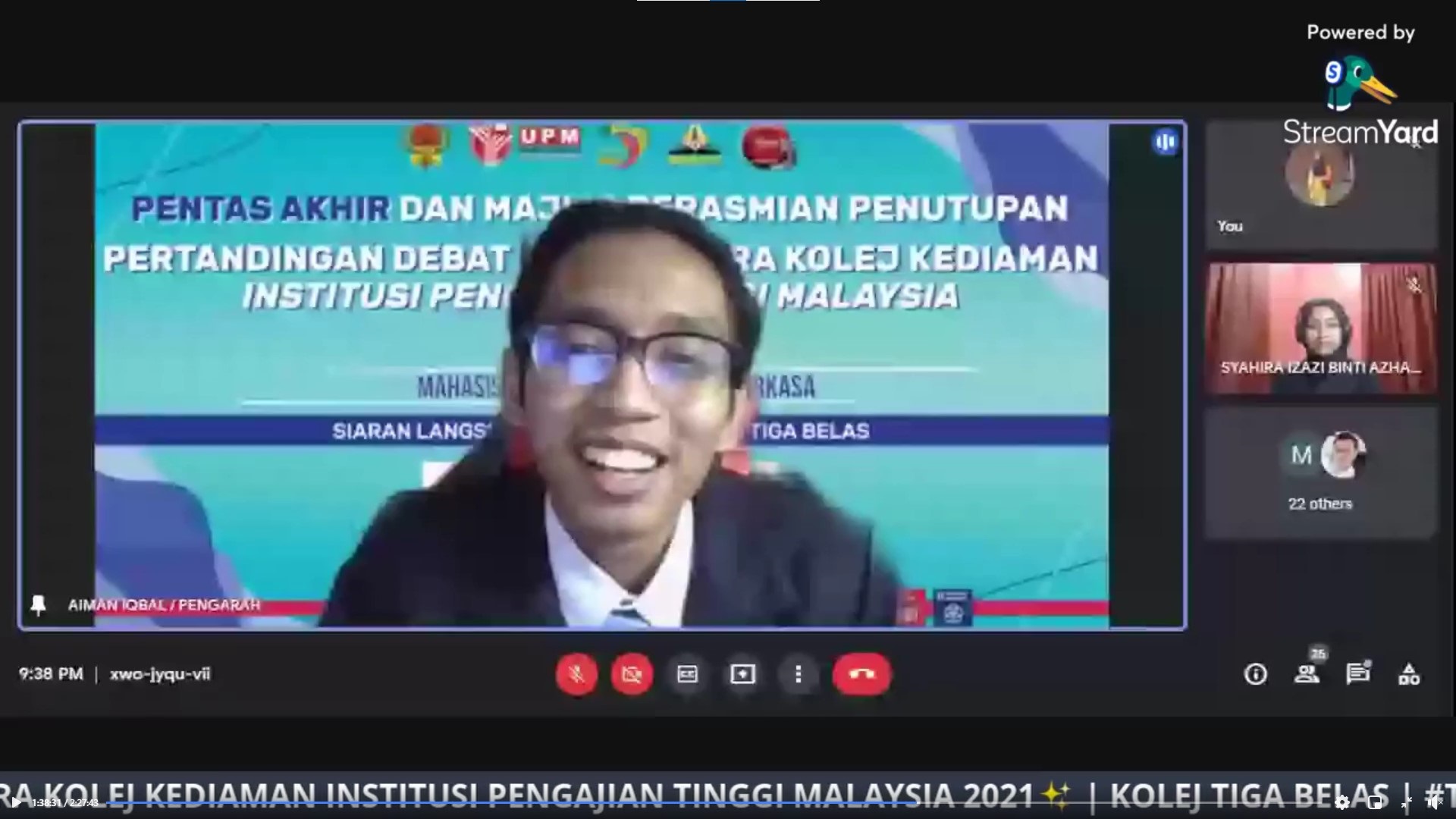 During the interview, Mohamad Hakimi said DELIA 2021 showed a significant improvement in quality and prestige from year to year while the programme ran smoothly.

He added that the number of participants had increased while the quality of judging was satisfactorily good, and the theme on youth given was interesting to be debated.

He hoped the competition as such would continue to be held so it could become a great and stand out programme in IPT. - UPM 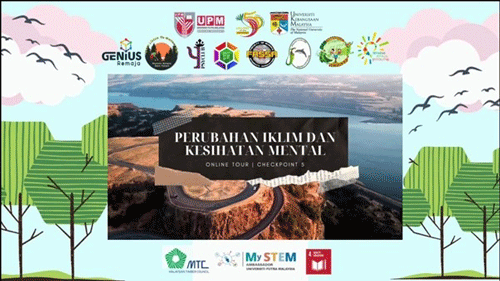 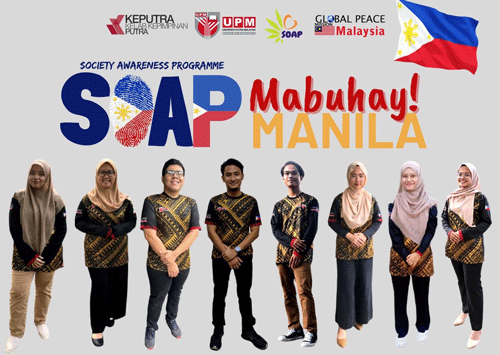 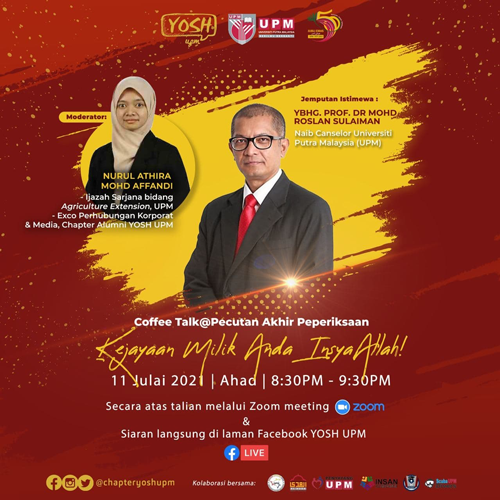