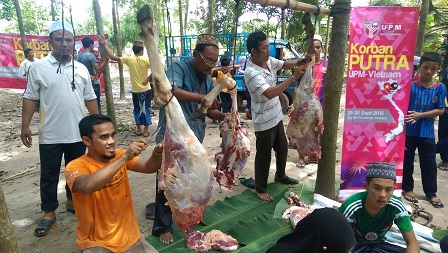 The official ceremony and handing over of cattle were held at the Jaml’ul Anwar Mosque, District 8 in Ho Chi Minh City on September 25. Slaughtering of cattle at Tay Nih Province was carried out in seven villages on September 25 and 26.

It was held with the cooperation of the Malaysian Consulate-General in Ho Chi Minh City, Education Malaysia (MEPC) Ho Chi Minh and the Association of Islamic Representatives of Vietnam. 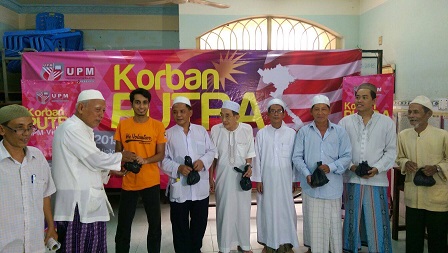 The success of UPM’s Co-curriculum and Student Development Centre (CSDC) in organizing a community service programme in Vietnam in May this year, has spurred   UPM to continue with its international social service projects.

The continuation of this sustainable and highly impactful community service programme will also drive UPM’s visibility in the international arena. 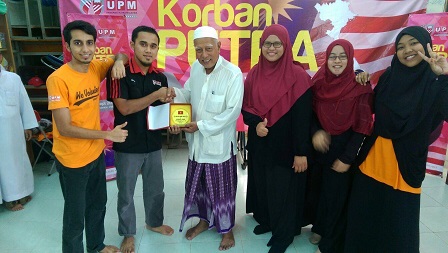 The mission will also result in closer ties among the Islamic community in ASEAN, more so with Malaysia being the ASEAN chairman.

This high-impact volunteerism project which also involved UPM students was an attempt to translate the knowledge and skills of students in contributing towards the society in other countries. – UPM.