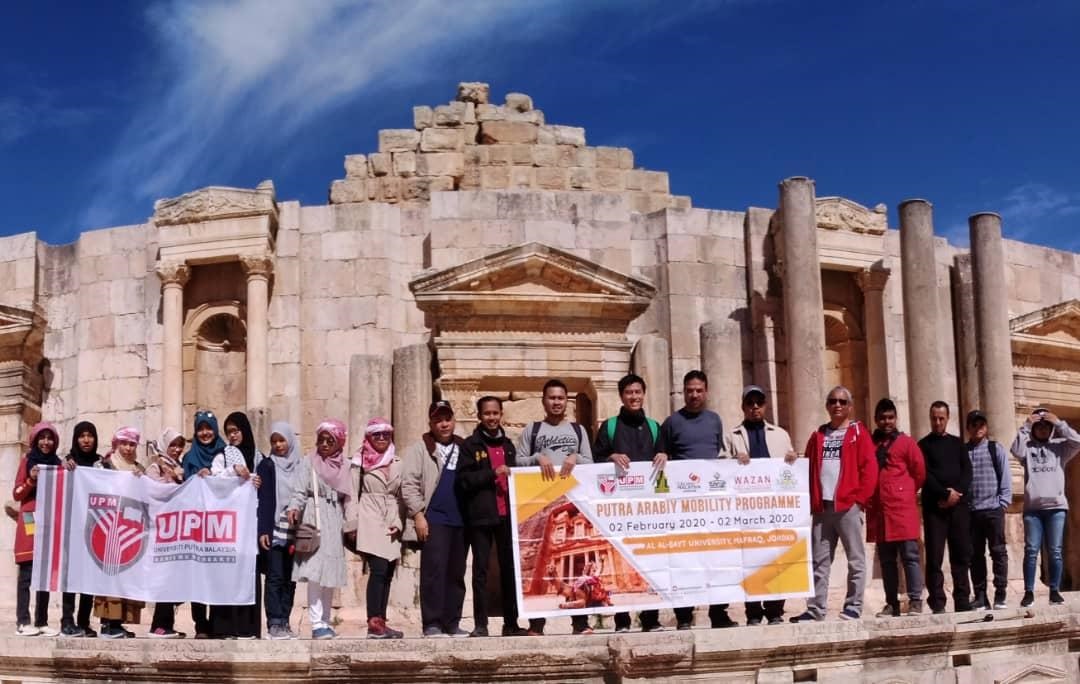 MAFRAQ (Jordan), March 10: 17 Universiti Putra Malaysia (UPM) students of Arabic language participated in a variety of formal and informal Arabic language learning and training activities over the course of one month in the Putra Arabiy Mobility Programme held at the Al-al-Bayt University, Mafraq here, started February 2.

14 students of Bachelor of Arts (Foreign Language) major in Arabic Language and three Master’s students in Arabic Language from the Faculty of Modern Languages ​​and Communication (FBMK) capitalised on this valuable opportunity towards improving the level of their proficiency communicating in Arabic. They were accompanied by Senior Lecturer from the Department of Foreign Languages, Dr. Nik Farhan Mustapha and Section Head from the Centre for Management of Waqf, Zakat and Endowment, UPM, Zuhaimi Abdul Rahim.

Among the activities that took place every Sunday to Thursday were daily conversations in Arabic language in various situations in and outside the class at the University Language Centre from 8 am to 11 am; two-way communication with Arabic speaking students outside the class (11 am to 1 pm); and speaking skills practice, listening to lectures and talks from native Arabic speakers (1 pm to 3 pm). 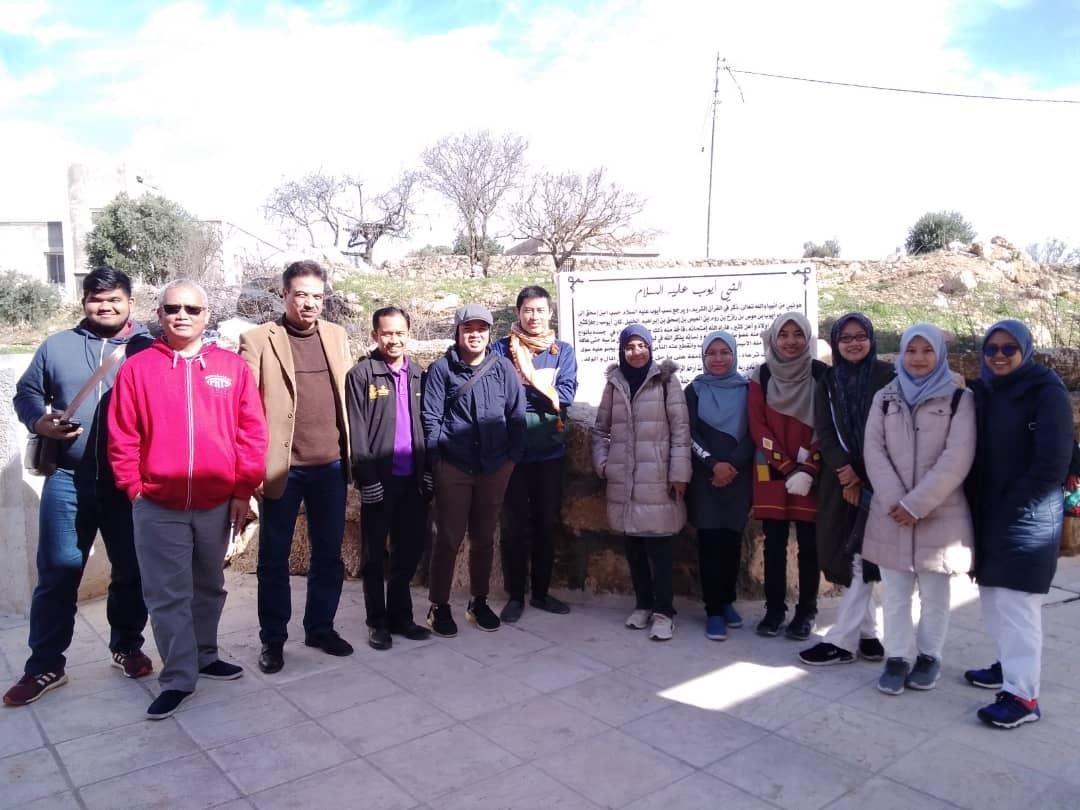 Master’s student of Arabic Language from Faculty of Modern Languages ​​and Communication (FBMK), UPM, Mohd Azrol Hafizi Azman, who is also the group leader, said the highlight of the learning and training session was when they were invited to the Radio of the University (Izā’atu Sauti Al-Jāmi’at), University of Al al-Bayt to share their reactions and opinions about Jordan and their studies.

He said a student of Master of Arts in Arabic Language, Ahmad Syahmi Mohamed, was selected to represent the members to share experience in adapting to the weather, environment and culture of the Jordanian Arab community, especially in the city of Mafraq.

The radio with the frequency 103.5 mh.z can be listened in the city of Mafraq and parts of Amman. 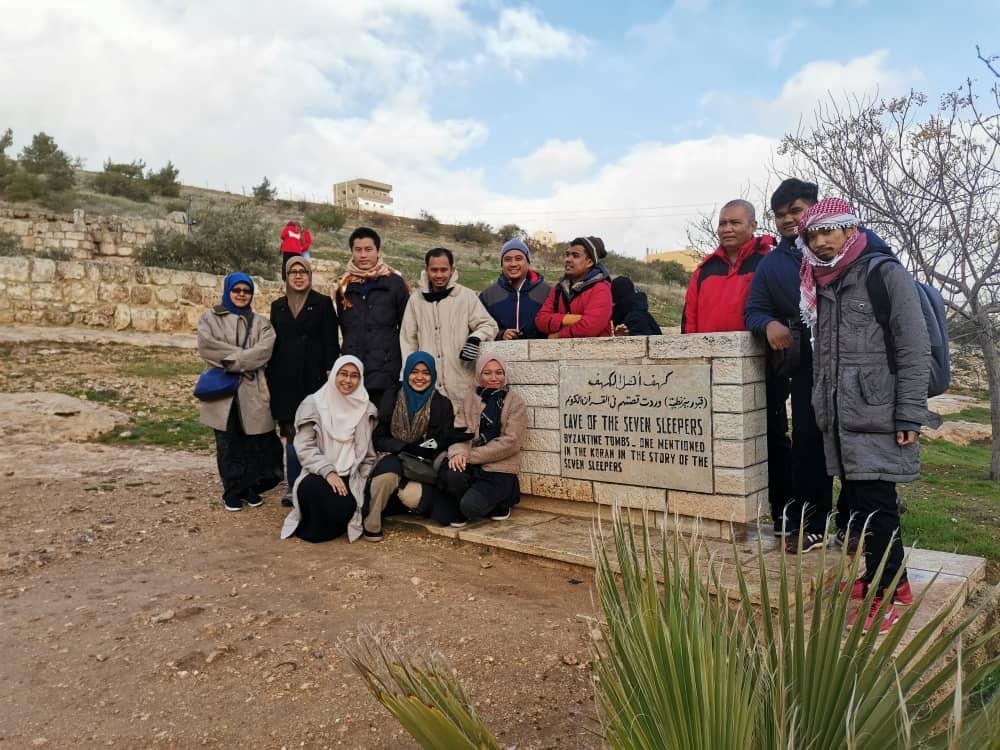 They also held educational visits to increase knowledge of the Arab lifestyle and history and to historical sites such as visiting the Ashabul Kahfi Cave, the Dead Sea, as well as the tombs of Prophet Ayub and Prophet Shu'aib.

Petra is a historical city and an archaeological site in Ma'an, the capital of Jordan. Petra is believed to have been built as the capital of the Nabataean kingdom by rock cutting in the sixth century.

The historic city was selected as the New Seven Wonders of the World in 2007 and the UNESCO World Heritage Site since 1985. Petra was also selected by the British Broadcasting Corporation (BBC) as one of the "40 places you must see before dying."

They also visited Jerash, a city with three main gates, and it is said that if they were inside the city, one would be given the option to exit either through Europe, Palestine or Makkah.

They also visited Ajlun, where the Ajloun Palace was built by an army of Salahuddin Al-Ayubbi in 1184 to control iron mines and against the Frankish army who wanted to invade Ajlun.

The "Free Meals" programme was held with Malaysian students at Al al-Bayt University by distributing free food to strengthen relationships and foster a helping attitude for disadvantaged students. - UPM