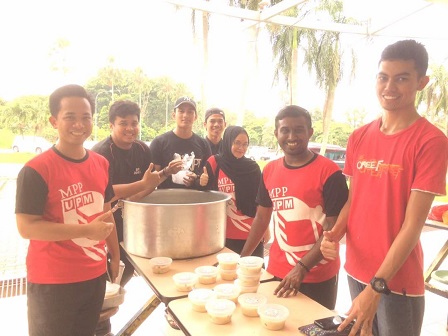 SERDANG - A total of 500 packages of ‘bubur lambuk’ were distributed to students of Universiti Putra Malaysia (UPM) for iftar.

President of Student Representative Council UPM (UPM SRC), Ameerul Mohamad Ishak, said the distribution was the first to be held in Ramadan this year.

"The SRC members began preparing the ‘bubur’ at 9am.” 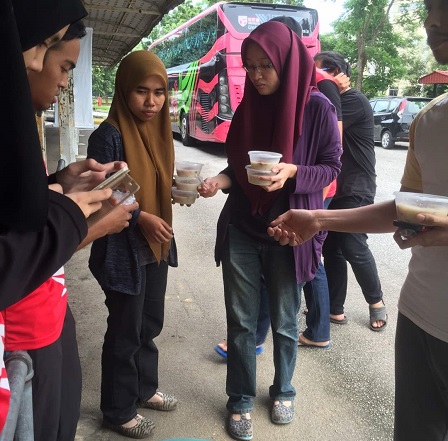 "We cooked and distributed the ‘bubur’ ourselves, to the students at several locations including the Putra Food Court, Kolej Serumpun Cafeteria, bus stations of college 10 and 17," he said.

He mentioned that such activity helps in strengthening the cooperation and relationship between UPM SRC and the students, as well as enlivening the holy month.

Mohamad Ameerul also hopes such program can be continued in the future towards the effort of looking after the students’ welfare. - UPM