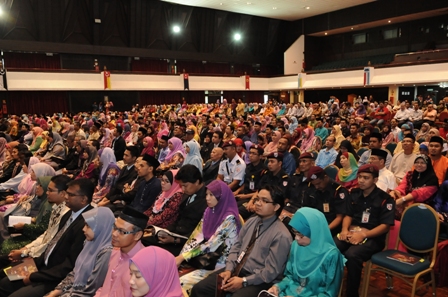 SERDANG, Aug 21 (UPM) – A total of 762 Universiti Putra Malaysia (UPM) staff were rewarded for their excellent and long service to the university in a special ceremony organized by the office of the Registrar here today.

Speaking at the Gemilang Putra award ceremony, Vice Chancellor Prof. Datuk Dr. Mohd Fauzi Ramlan said the ceremony is proof that high-performing human capital has always been the top priority of the university where excellent service is the key contributor to the university’s success.

"I strongly believe that UPM will achieve its all-encompassing success if each individual in the university plays his or her role, based on their respective expertise," he said in his opening speech at the Sultan Salahuddin Abdul Aziz Shah Arts and Culture Center, UPM.

UPM, he also said, would introduce a number of initiatives to further enhance the performance of the university staff. 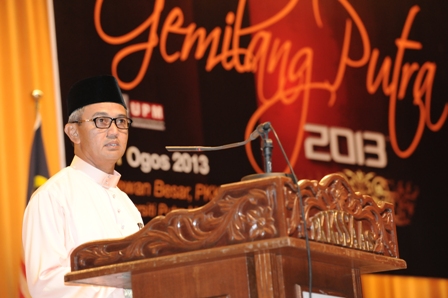 "One of the initiatives is an allocation of RM2, 000 a year to the staff who has achieved the level of prescribed outstanding performance, and the prize would be for his or her overseas placement to obtain exposure to the best work culture.

"In addition, UPM will create an incentive mechanism for Responsibility Centers (RCs), which have successfully managed to get international students enrolled to study at UPM," he said.

In his welcoming remarks, the Registrar of UPM, Dato' Wan Azman Wan Omar, extended his congratulation to all the university staff who had demonstrated their outstanding performances throughout 2012. 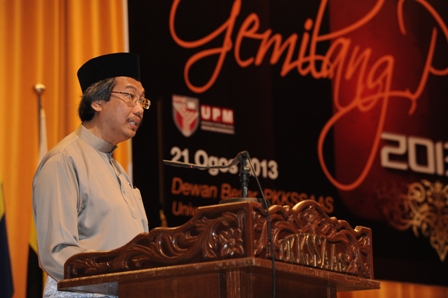 "By and large, it is the undivided steadfastness and sincerity shown by the staff to accomplish the tasks at UPM which had resulted in its achievement last year, including from those staff who are not listed as recipients of the awards.

“Their efforts are also greatly appreciated," he said.