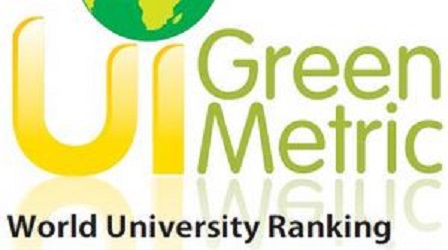 SERDANG, Jan 24 - Universiti Putra Malaysia (UPM) has set a new record when it is listed as the world’s top 17th university by UI-Greenmetric World University Ranking based on its rigorous efforts to promote campus sustainability and effective environmental management.

The biggest leap in 2015 against its 41st position in the previous year, UPM has also created history when it leaps to the first place in Asia compared to its 4th placing in 2014 in the results which were announced on January 22.

The 2015 ranking has drawn the attention of 407 universities from 66 nations, against 360 from 62 countries which took part in the previous year. The ranking only measures each participating university’s commitment in developing environmental-friendly infrastructure.

The ranking on environmental sustainability takes into consideration more than 40 indicators, covering 6 main scopes, consisting of infrastructure (15 per cent), energy and climate change (21 per cent), waste (18 per cent), water (10 per cent) and education (18 per cent).

“UPM has made significant improvements, particularly in the sectors of transport and infrastructure such as the size of available green space, in addition to the use of efficient energy-saving facilities and bicycles within the campus area,” she said.

For more information, the achievement report on UI GreenMetric World University University Ranking can be surfed at : http://greenmetric.ui.ac.id/ranking