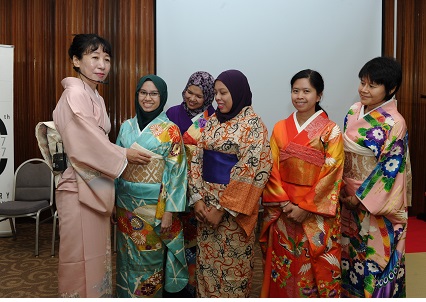 SERDANG, 13 July – The Center for the Advancement of Language Competence (CALC), Universiti Putra Malaysia (UPM) in collaboration with the Japan Embassy in Malaysia organized a ‘Kimono Demonstration’ program, to promote Japanese culture through kimono among UPM students and staff.

Program coordinator, Farah Nurzakiah Ahmad Tajuddin said that the program was one of the events in conjunction with the 60th Anniversary of the Establishment of Japan-Malaysia Diplomatic Relations. 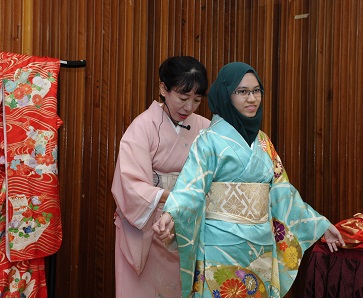 “This program provides UPM students especially those learning Japanese to see for themselves the kimono cut which is the traditional Japanese attire and expose them to the Japanese culture,” she said.

Japan Embassy Representative in Malaysia, Simon Kubota said that the collaboration would benefit both parties in holding various Japanese cultural programs in the future.

“We are planning to organize Japanese calligraphy art classes on the 30th October in UPM and hope UPM students will seize the opportunity to attend the program,” he said. 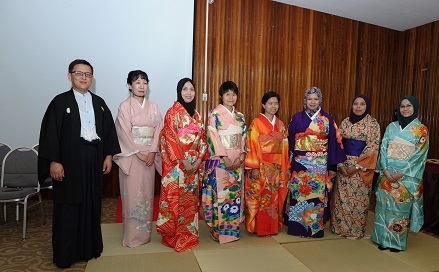 The kimono demonstration featured Japanese special instructor, Kazuno Nakajima and gave the participants an opportunity to try on the attire and also to get to know the various traditional attires of the Japanese community including Kimono and Hakama. - UPM