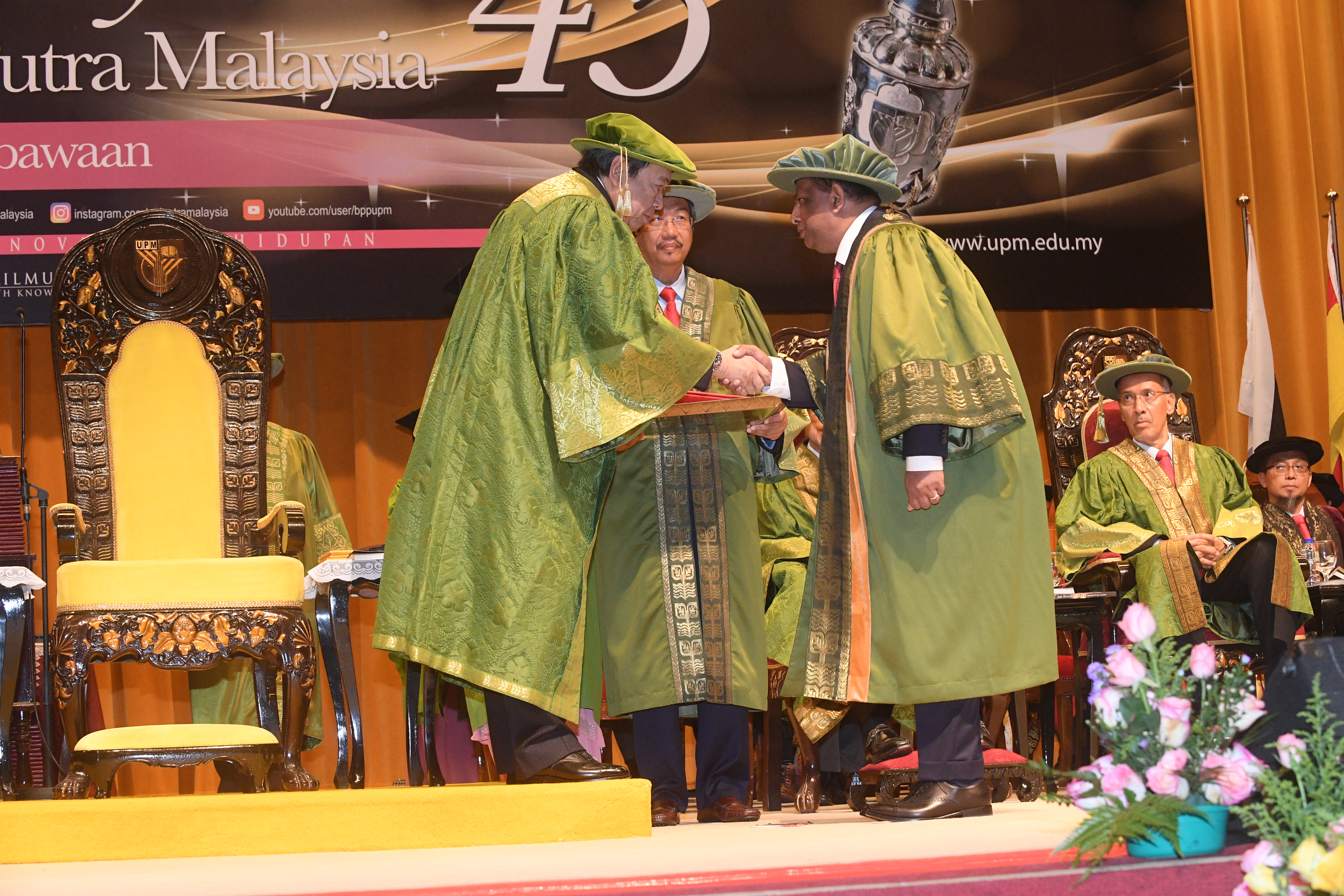 The award was presented by UPM Chancellor, Sultan Sharafuddin Idris Shah, at the first session of the graduation ceremony at the Sultan Salahuddin Abdul Aziz Shah Cultural and Arts Centre here.

In his speech, Fernandes thanked UPM for selecting him as the recipient of the award. He considered it as the most significant moment of his life as it was the first time he was awarded with an Honorary Doctorate in Management.

He also shared four tips on how he was able to achieve success in his life. According to him, the first tip is to follow your heart.

"Determine what you want in life," he said as he shared his childhood dreams. He said when he was 13 years old, he dreamed of owning an airline (Qantas), the Formula One team (Williams) and football team (Westham United).

Now, at the age of 55, he owns AirAsia, and he has once owned the Formula One Caterham team and the Queens Park Rangers football team.

The second tip is to hold on to the belief that university education is not just about getting a first-class degree, but rather as a means to acquire a holistic education.

“I hope all of you have learnt from all the opportunities presented in and outside of the classrooms, be it in the rugby field, tennis court, swimming pool, forest or any other places,” he said.

His third tip is that graduates must realise that opportunities do not come very often; therefore, they should grab any opportunity that they get. 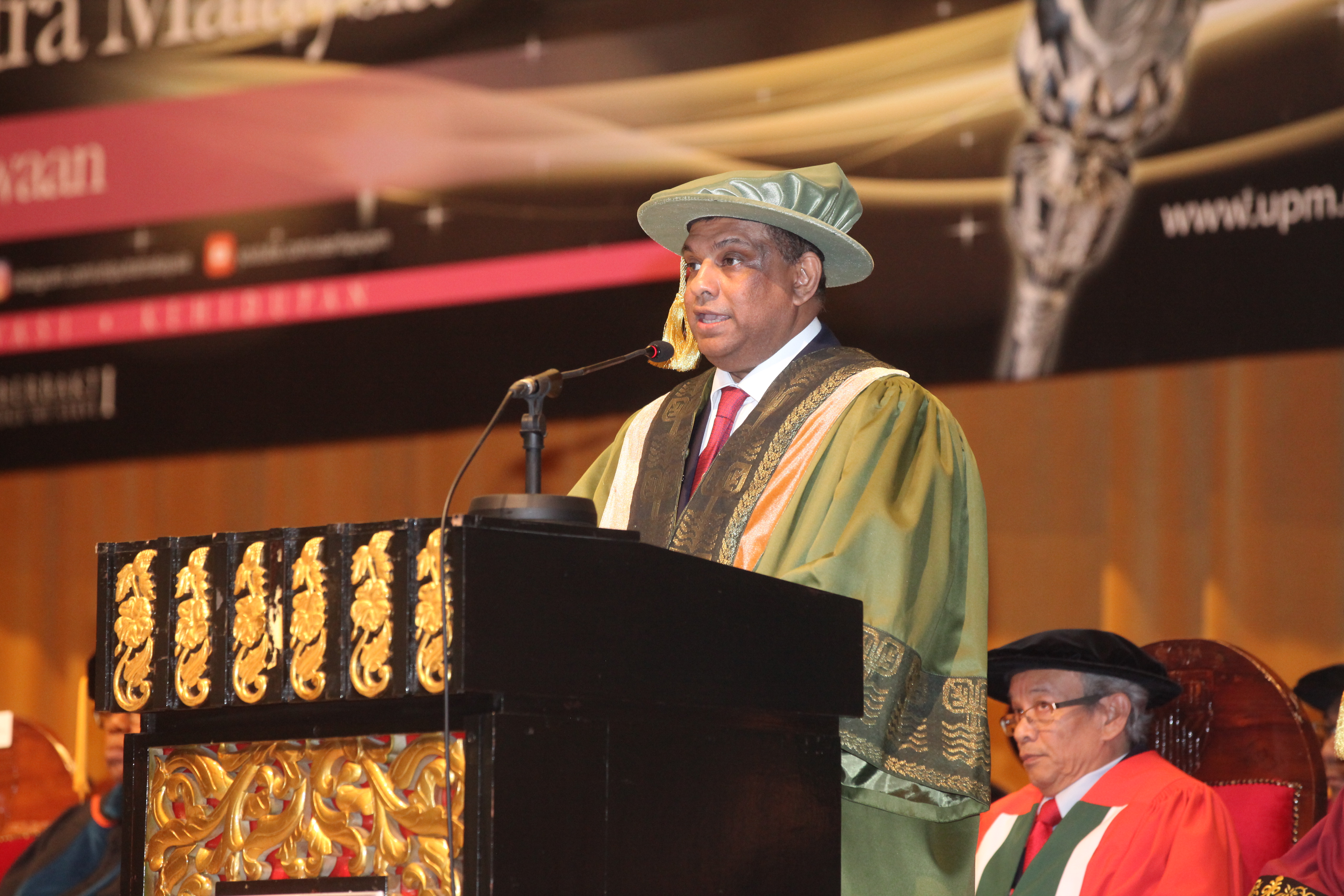 The fourth tip is to never be afraid of failure as failure is a part of life.

He said he had experienced failure in life and made wrong decisions, but he had learnt from those mistakes.

“My Formula One team was a failure, but I am glad that I had made the decision to partake the challenge. I failed, but I would have regretted it if I hadn’t done it. This is because we only live once, and we can never turn back time to do what we wanted to do,” he said. 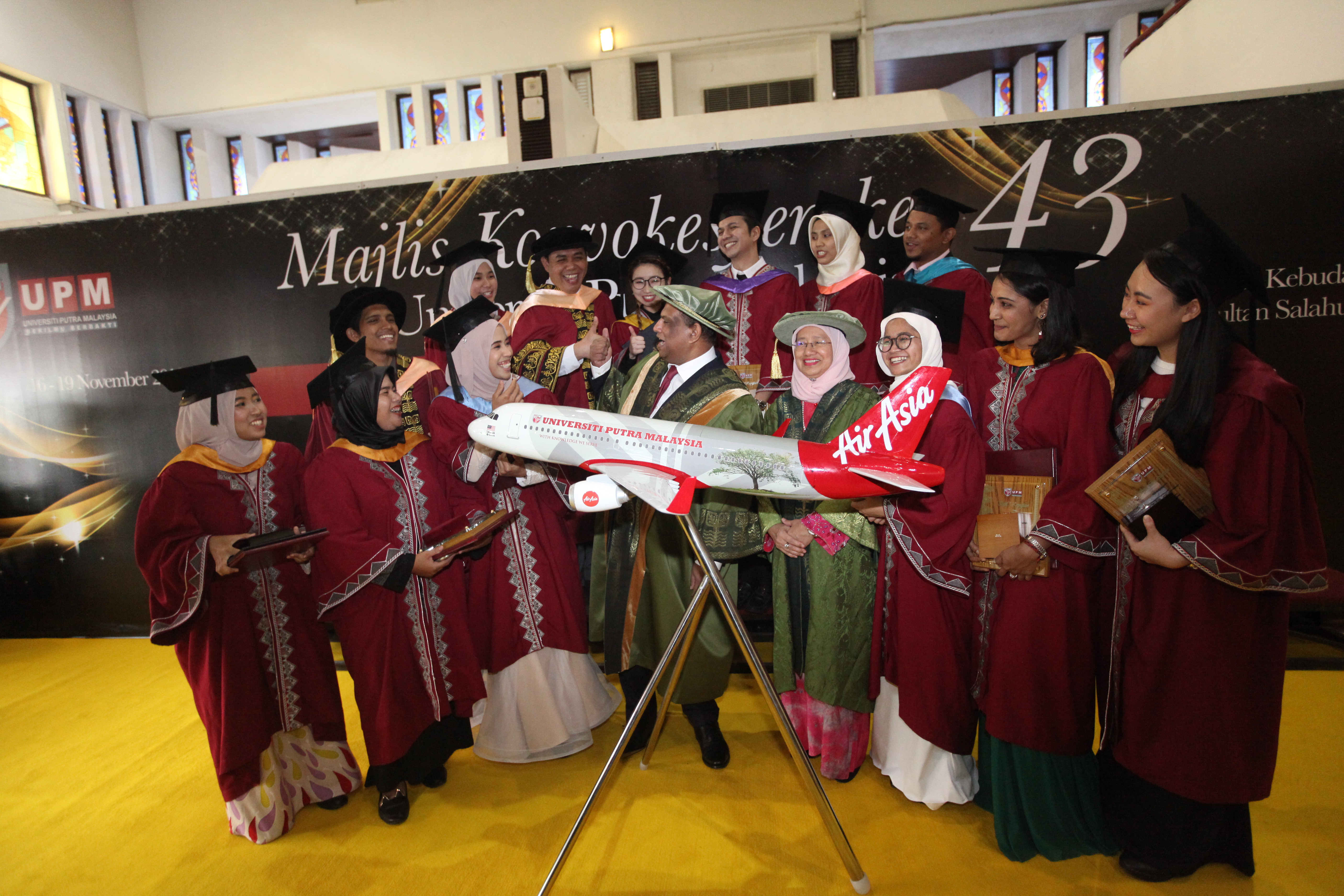 He also said that it was his hope that graduates would take initiatives to improve their knowledge, skills and competencies not only in their careers, but also in managing financial resources so that they would not be caught up in debt that could affect their careers and future. - UPM