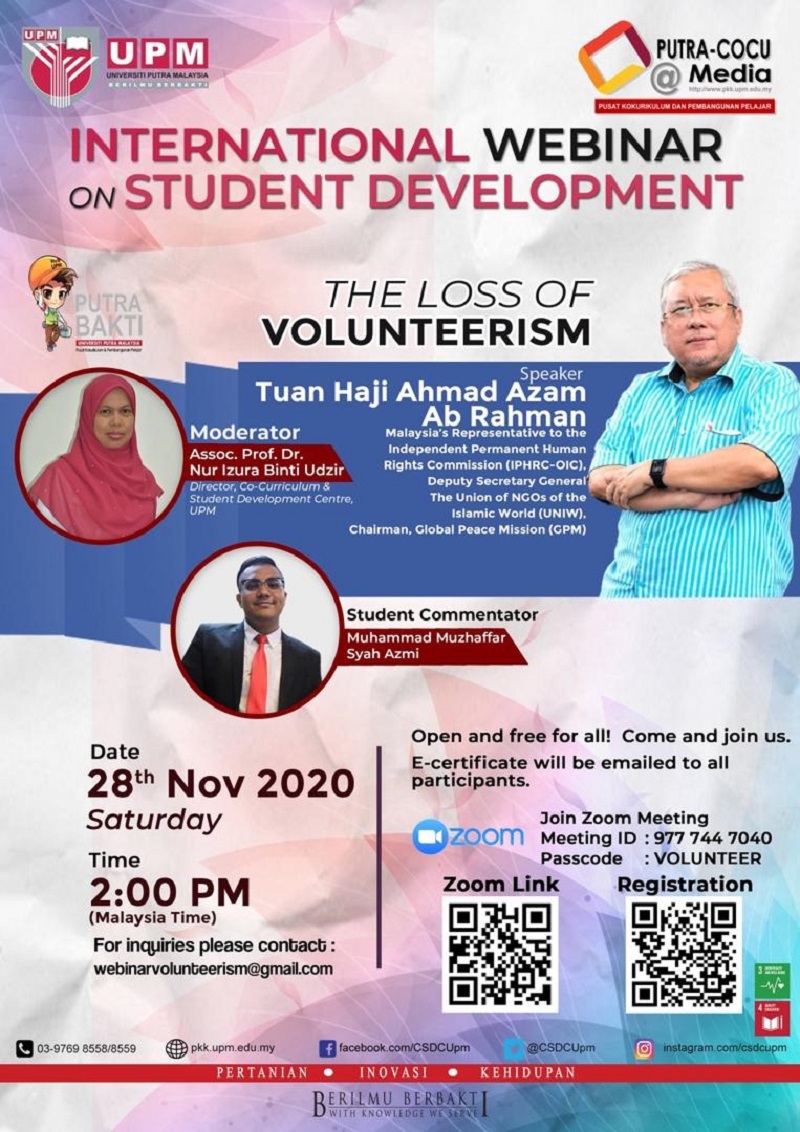 SERDANG, Nov 28 – The Co-Curriculum and Student Development Centre (PKPP), Universiti Putra Malaysia (UPM), has hosted the International Webinar Series 2: The Loss of Volunteerism for the second time, with 1,000 participants attending through Zoom and 149 attending through Facebook Live.

Participants were from all over Malaysia and 14 other countries.

The programme was organised by the Putra Volunteer Club (PV), UPM, which consists of UPM students as members.

PKPP’s first international webinar was ‘Get Rich & Be Happy “Money & Health” by Abang Abu, The Money Mechanic’, which was held on November 2 involving 487 participants. 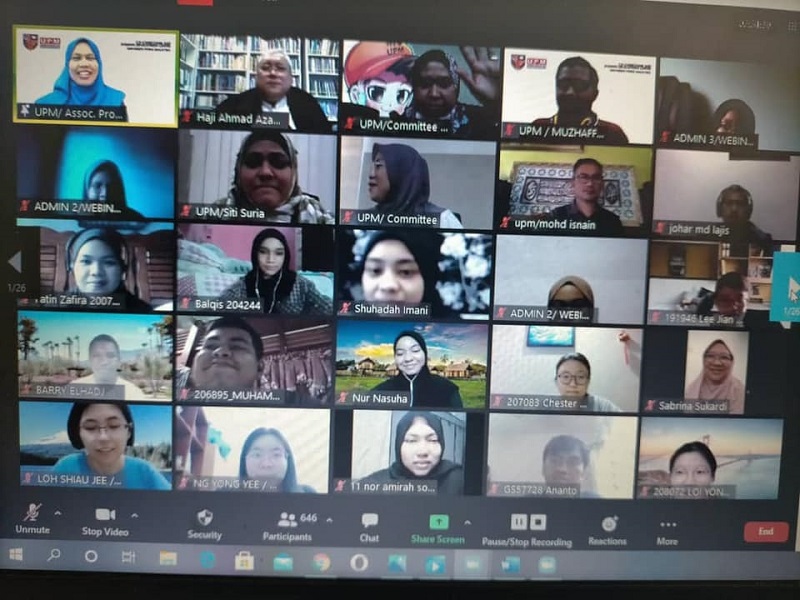 The Webinar Series 2 featured Ahmad Azam Ab Rahman, a special representative of the Malaysia Independent Permanent Human Rights Commission (IPHRC-OIC), Deputy Secretary-General of The Union of NGOs of the Islamic World (UNIW) and the Chairperson of Global Peace Mission (GPM).

Also present was the Programme Director, Muhammad Muzhaffar Syah Azmi, who is a member of the Putra Volunteer Club, while the moderator of the programme as Director of PKPP, UPM, Assoc. Prof. Dr. Nur Izura Udzir.

UPM PV Club students were also involved in the preparation of the proposal for the event, production of the PV UPM video to be shown to the participants, webinar posters and promotions.

Meanwhile, the Putra Volunteer Club, UPM, has been handed over to the PKPP UPM management effective July 2020 from the Student Affairs Division (BHEP) and merged with the Volunteerism Development Club (PERSUKA) from PKPP, UPM.

It aims to enhance volunteer activities and programmes further among students under one entity managed by the Deputy Vice-Chancellor Office, Student Affairs & Alumni (DVCHEPA). The merger of both clubs agreed to be rebranded as PV. 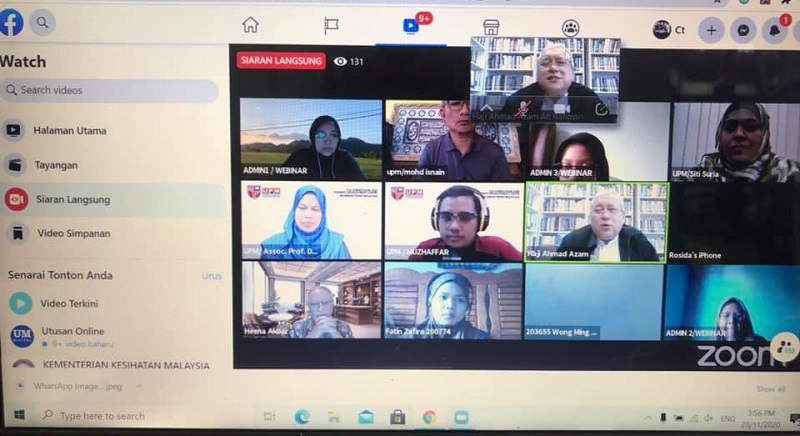 The webinar programme is the first of its kind conducted by UPM PV since being under the management of PKPP.

The DVCHEPA office, Centre for Corporate Strategy and Relations and the office of UPM Vice-Chancellor also helped to organise it.

Looking at the response received, it was evident that the title ‘The Loss of Volunteerism’, which is about volunteerism, is well-received by the community and has captured the interest of the community to participate in the webinar.

Feedback received from the participants showed utmost satisfaction with the way the programme was organised, and they wish such a programme will be held more frequently. - UPM