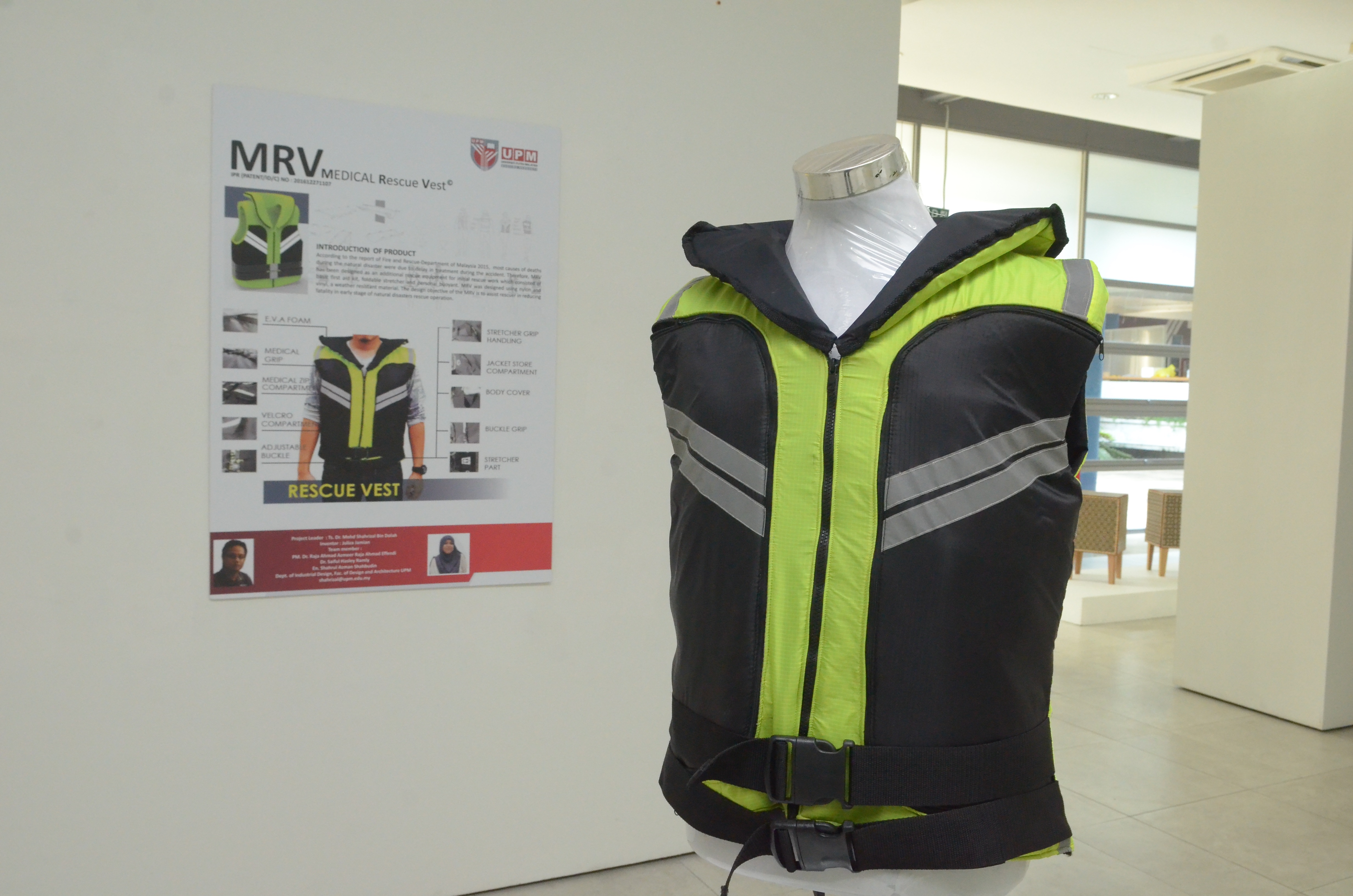 SERDANG, April 19: Emergency response and relief during natural disasters and accidents can immediately be provided by rescue personnel to victims through the innovation of Medical Rescue Vest (MRV), a safety jacket with a 'three-in-one' function.

MRV stores emergency first aid kits on both sides of the jacket, secured with zips, and it can be turned into a stretcher that is equipped with handles. On top of that, it also has buoy on its collar.

The multi-purpose jacket was designed not only to be comfortable for its wearers, but also to function as first aid rescue equipment since the emergency treatment tools are attached to it.

Weighting only at 1.5 kg, the jacket is easy to wear and comfortable for rescue personnel during search and rescue operations. Researcher and senior lecturer of the Department of Industrial Design, Faculty of Design and Architecture, Universiti Putra Malaysia (UPM), Dr. Mohd Shahrizal Dolah, said it is vital for accident and natural disaster victims to receive early and immediate treatment.

Any delay in providing medical assistance could be fatal to victims, he said while citing the Fire and Rescue Department of Malaysia 2015 report which stated that most fatality cases during natural disasters were due to delayed treatment.

"The objective of the MRV is to help rescue personnel to reduce fatality during operations at an early stage of natural disasters or accidents," he said.

According to him, at present, rescue personnel only wear the regular safety jackets, and medicines are carried by other medical personnel. As a result, despite arriving early at the site, rescuers have to wait for the medicines to be delivered by the medical team.

MRV is made of nylon and vinyl fabrics, heavy duty materials that are resistant to various weather conditions, while the buoy is made of Ethylene Vinyl Acetate (EVA).

Each MRV jacket is coated with a layer of light reflector, belts and fasteners while the stretcher is folded onto the back of the jacket and can be unfolded to turn it into a stretcher.

If an accident or incident occurs on water, he said, the buoy could keep the victims afloat so that first aid treatment could be given using the equipment and medicines packed inside the jacket. 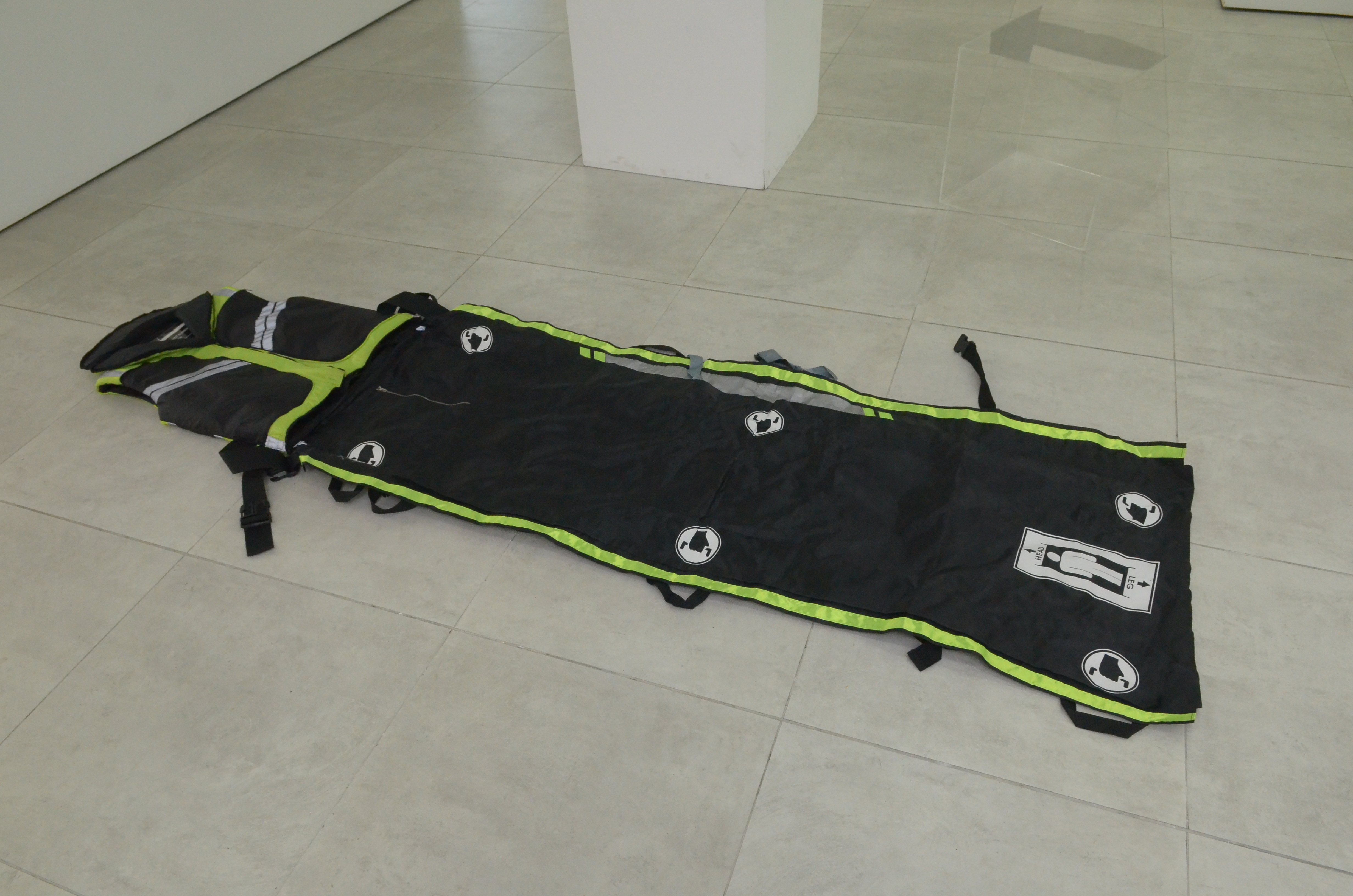 Dr. Mohd Shahrizal, who is also the head of the research group responsible for developing MRV, said that for cases involving injured climbers or climbers stranded on hills or mountains, they could be brought down by using the MRV as a stretcher.

He said field tests conducted with students who weighed 75 kg indicated that MRV buoy and stretcher could be used with ease with individuals with such a weight.

It was first developed in 2015 and completed in 2016 and is now in its pre-commercialisation process. It is also currently undergoing strength tests for SIRIM verification.