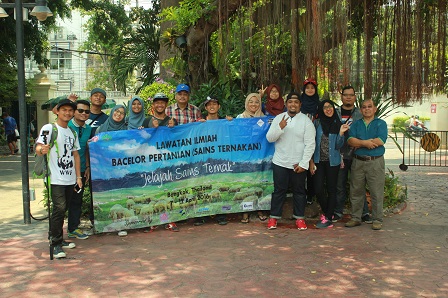 BANGKOK -  Fourteen students and two lecturers from the Animal Science Department of the Faculty of Agriculture, Universiti Putra Malaysia (UPM), made an educational visit to  Bangkok, Thailand, from April 7 to April 12 to expose the students to some practical approaches in handling resources and planning programs.

They visited, among others, Chokchai Farm, an integrated dairy farm spread on a 480-hectare (8,000 acre) land which serves as an agro-tourism site, and which houses more than 1,000 cross breed of local and Friesian cows, also known as Chokchai Friesian.

In addition to producing dairy products, Chokchai Farm also offers other attractions such as cow milking which can be done either by hand or using those modern facilities as well as other dairy cattle breeding technologies, a modern hay production line and pasture for feedlots.

Apart from being famous as a milk collection centre, the farm also produces ice-cream from fresh milk and all its activities are related to farming and tourism. 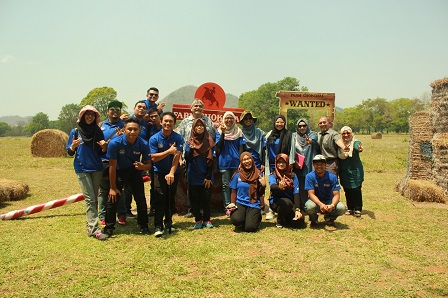 It is also known as the “Wild Wild West” as could be seen from its farm workers who dressed up like cowboys. Chokchai Farm also has some other animals such as elephants, horses and ponies.

According to a tourist guide, the farm owner, Khun Chokchai Bulaku’s love for horses made him turned the farm into a countryside.

The students and lecturers also visited Yayasan Pusat Islam (Foundation of Islamic Centre) in Ramkhamhaeng, Bangkok, where they saw the production and processing of Thailand’s halal products.

The foundation which also acts as the coordinator for Islamic-related activities in Thailand, is the only place for Muslims in Bangkok to gather during festive season.

They also viewed the marketing and packaging systems of agricultural produce, including dairy products and livestock, at Gourmet Market in Siam Paragon.

The marketing and packaging systems were of high standards and at par with developed nations but no Halal logo was displayed. The packaging and tagging of meat meat at Gourmet Market were organized, with the quality of meat clearly on display.

The group also visited Dusit Zoo in Bangkok, which is also known “Khao Din”, an animal park which comes complete with a hospital, museum and a zoo education centre.

Sprawling on an area of 28.2 hectare (47 acre), the zoo, built almost 60 years ago, is the first in Thailand which houses 1,600 foreign and domestic animals, including barking albino deer and white Bengal tigers.

It also houses many other species of animals, including several species of monkeys, hippos, crocodiles, tigers, lions and rare and exotic animals such as penguins, camels, and even, koalas.

There is also an area, known as “African Savanna” for giraffes, ostriches and zebras, a "Nocturnal House", "Reptile House", "Pheasants Aviary", "Hawks Exhibit", "Elephants House" and a "Play Land" which is for children's entertainment.

The educational visit under the supervision of Prof. Dahlan Ismail, was led by Muhammad Fajrul Kelana as program director. – UPM.