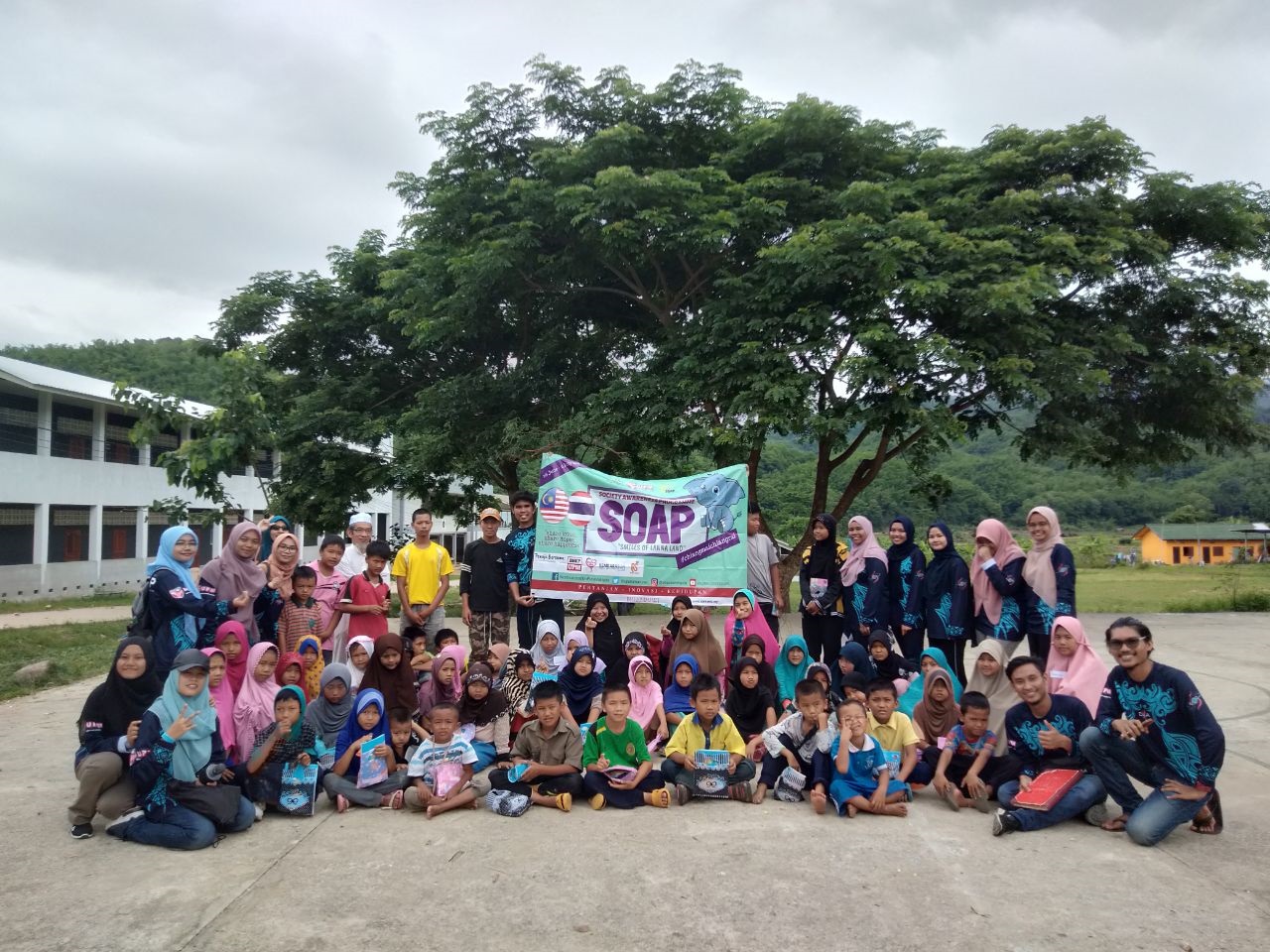 This was the sixth series of the programme and the second time that the programme was conducted abroad after its trip to Cambodia in 2019. In this visit, SOAP focused on children with a tagline '#smilesofChiangMaiChiangRaikids'.

The accompanying officer, Siti Mahsuri Talib, said the programme did not only focus on a group of people in one locality but also on other groups such as the hill tribes, converts, Muslims and Chinese-Thai Muslims around Chiang Mai and Chiang Rai.

"We have gained valuable experiences which met the objective of the programme, and we hope that the programme can be conducted in other countries as well" she said.

The students explored Thai with a series of tours to the hill tribes of Doi Pui Hmong Village in Chiang Mai where they approached children around the village without prior arrangement to complete the assignment given. 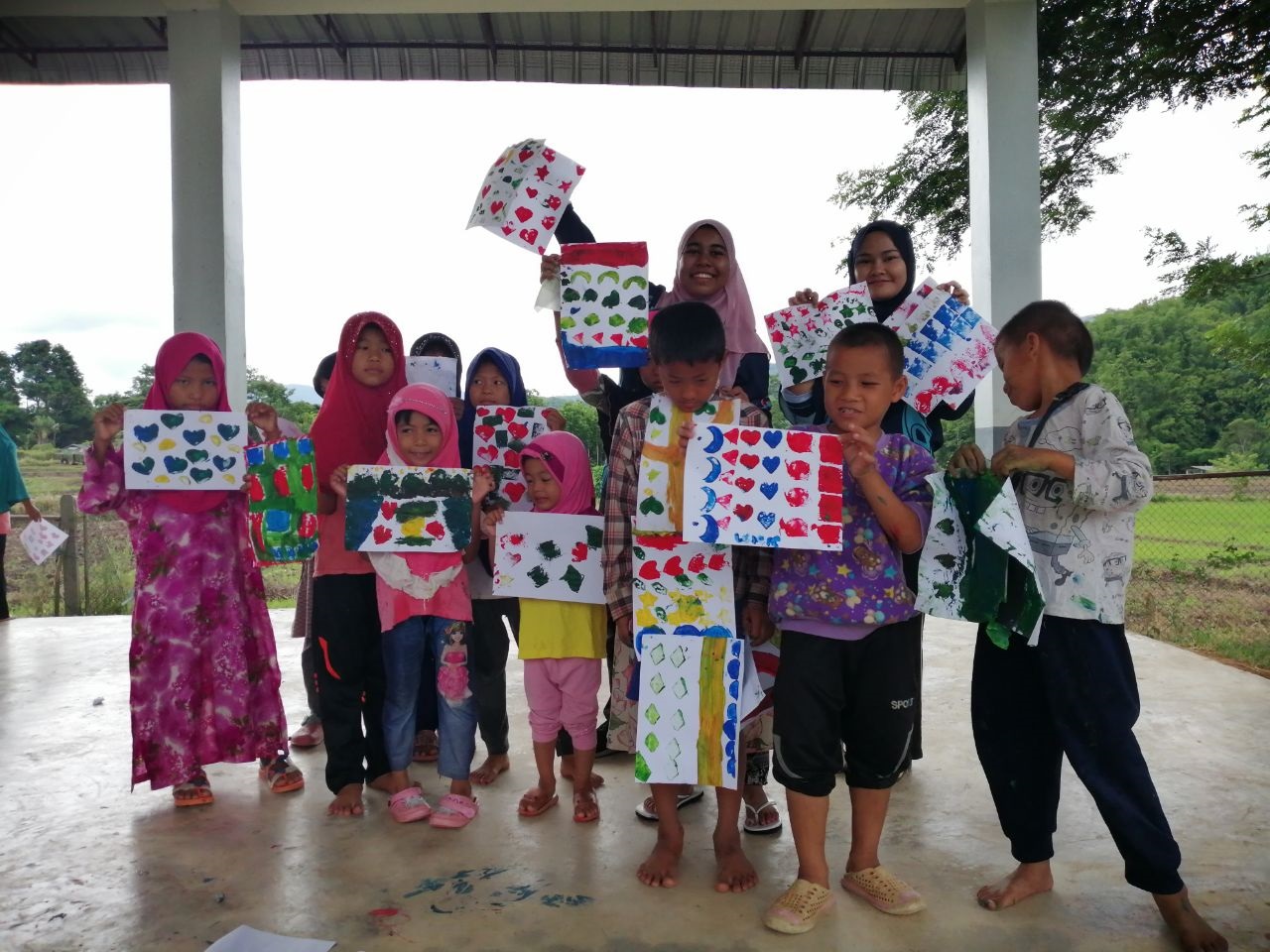 The students were welcomed to conduct activities at Choupoloung School and Doi Pui Kindergarden. Children's activities were also held at the Civilize Pittaya School in Chiang Rai.

During their three-day stay at the Mae Chan Mualaf Centre which houses students from the Civilize Pittaya School, UPM students had the opportunity to reach out to these children and conduct activities with about 160 children aged between five and 19 years old.

A student from the Bachelor of Agriculture (Aquaculture), Faculty of Agriculture, UPM, Muhammad Shahmi Sari, said the programme gave him a new experience as it was his first time travelling abroad to learn the lives of the Muslim community in Thailand.

"We were able to interact well with the children while conducting the activities even though it was difficult to communicate as the local community could not communicate in Malay and English," he said.

The students also took a three-hour ride on a pick-up truck to attend the opening ceremony of the Huaisan Mosque located at the hill tribe in Doi Chang, Chiang Rai.

The students performed their prayer at the mosque together with the local community and a convert from the village who embraced Islam earlier that morning.

Thai citizen and member of the Rahmatan lil Alamin Foundation, Ustaz Jalaludin Chikmuda, said most of the community members in the village were not Muslims.

Most of the food and products sold at the market originated from the community of mixed Thai and Chinese blood from Yunnan. Among the delicacies are Ji Tau Fen, a concentrated soybean porridge with nuts and fine noodles, Chinese kimchi, corn pancakes, black glutinous rice pancakes, and flour-coated fried onion and chilli.

The exploration provided an opportunity for students to learn the culture and traditions of Thai and Chinese mixed-blood who have been living in Chiang Mai for 80 years. The students also performed their Friday prayer at the Hidayatul Islam Banhaw Mosque, near Kad Ban Ho.

In Chiang Rai, the students witnessed the artistry and creativity of the Thai society at Baandam Museum Black House, Wat Rong Khun White Temple and Blue Temple, and they also visited the tea and coffee plantations at Doi Chang. – UPM