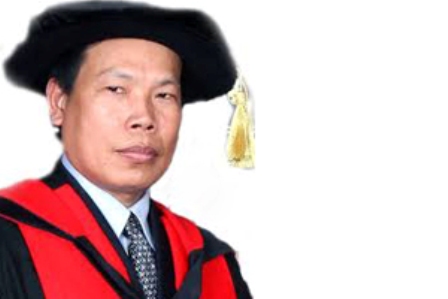 "As the Deputy Vice-Chancellor (Research and Innovation), his new portfolio will include overseeing the research enculturation through Research, Development and Commercialization (R&D&C) activities in UPM," he said

He added, UPM management describes the appointment of Prof. Dr. Mohd. Azmi, who is also an alumni, will empower research, innovation and commercialization of research findings as well as to ensure UPM continues to be a leading Research University (RU).

Prof. Datuk Dr. Mohd Fauzi, also extended his gratitude to Prof. Dato' Ir. Dr. Mohd. Salleh for the contributions made during his service as the Deputy Vice-Chancellor (Research & Innovation) of UPM. He was the key figure in strengthening the status of UPM as an RU in Malaysia.

Prof. Dr. Mohd. Azmi obtained his degree in Doctor of Veterinary Medicine from UPM in 1988 and PhD in Virology/Immunology from University of Cambridge, United Kingdom in 1994. Later, he received Master of Business Administration (MBA) majoring in Finance from UPM in 2001 and Master of Law (LL.M) majoring in Business Law from International Islamic University Malaysia (IIUM) in 2006).

He had served in various corporate sectors, among others, as the Investment Director (2006-2008) and the Chief Executive Officer of a Government-Linked Company (GLC) (2009-2010) which involves in halal-based industry, also as the Chief Executive Officer of a subsidiary company of UPM Holdings (2011-2012). He has extensive experience in the fields of venture capital and equity investment, commercialization of technology/intellectual property and entrepreneurship development programmes either within or outside the university.

In his tenure with UPM, he had served as the Director of Institute of Bioscience (2004-2006), the Director of University Business Centre (2001-2003), also the founder of two university research laboratories, focusing in the areas of virus research, molecular biology, cancer research and halal vaccine development.

He is well-recognized for his scholarship and expertise both locally and internationally, as he has received numerous academic awards, served as a consultant and advisor in various local and international organizations, and he was also a member of the board of directors in several organizations and high-tech companies, including public-listed companies in Bursa Malaysia.