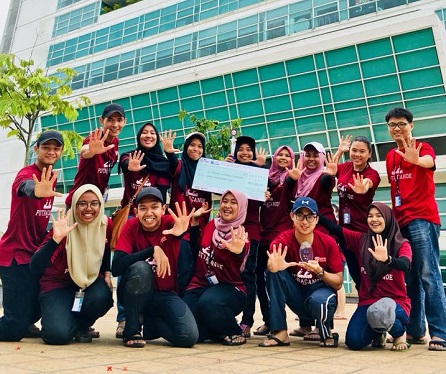 The outstanding display of esprit de corps, sportsmanship as well as positive and jovial attitude by nine UPM contestants throughout the presentation session until the canoe race has earned them the award.

The team also managed to score the fifth place out of the eight university teams competed and received a cheque worth RM1,000 and a plaque. The competition was organised by the American Concrete Institute (ACI) – Malaysia Chapter at Tasik Varsiti, Universiti Malaya.