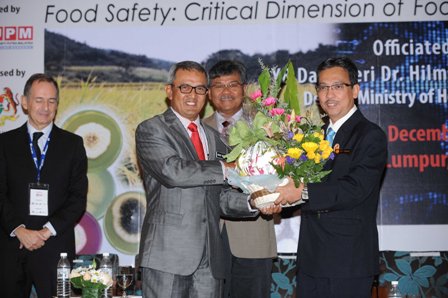 Kuala Lumpur, Dec 23 (UPM) – Food safety as a critical aspect in food security was the focus of the International Food Safety Conference (IFSAC 2013) with the theme Food Safety: Critical Dimension of Food Security in Emerging Economies that was held here recently.

Selangor State Health Department Director, Datuk Dr. Azman Abu Bakar who officiated the conference, said it was a platform for knowledge sharing among researchers, government officials and industry to exchange views on issues of research findings pertaining to food safety within the context of food security.

“Food safety is an important aspect in ​​food security and the increase in food security will improve productivity, economy and national food trade at regional and global levels," he said when opening the 2nd IFSAC 2013 at the Royale Chulan Hotel Kuala Lumpur  here on 3 December. 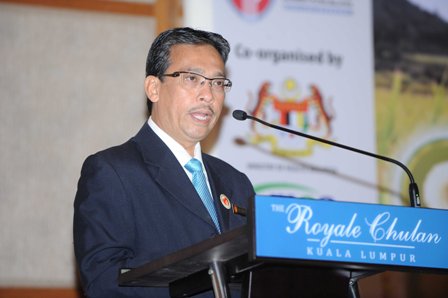 "Such collaboration is essential in developing a solution on this issue and to bring awareness of the importance of ensuring food security," he added.

IFSAC 2013 Chairperson, Prof. Dr. Jinap Selamat, said the Faculty of Food Science and Technology (FSTM) of UPM took the initiative to organize the conference to discuss the elements of food safety as the key component in food security in order to enhance the quality of life.

"Food safety is an important factor in ensuring the safety of food in terms of quantity, accessibility and availability and improvements in its safety will increase productivity in global food trade," she said.

The Ist IFSAC conference was held in December 2010 with the theme Food Safety and Security Under Climate Change.

Meanwhile, the Center for Food Safety Research (FOSREC) of FSTM, had been given the honour to host as well as represent Malaysia at the Sustainable Network SELAMAT meeting after the conference. 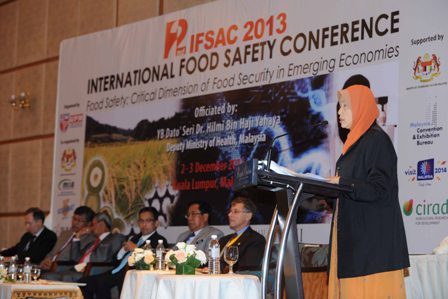 Sustainable Network SELAMAT is an international Non-Governmental Organization (NGO) with its membership comprising organizations involved in food safety such as research agencies, universities and government agencies in Asia and Europe.

Apart from SELAMAT, the meeting was also jointly organized by the Ministry of Health, the Ministry of Agriculture and Agro-based Industry, Malaysia, and ASEAN-EU Cooperation in Science, Technology and Innovation (EU-SEA-NET). 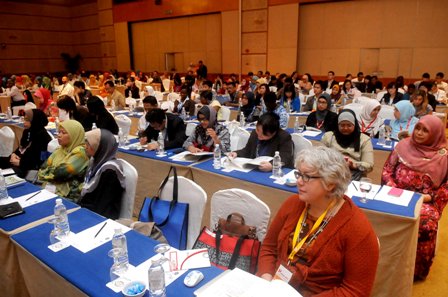 SEA-EU-​NET is an outfit that has been conducting collaborative projects between European and Southeast Asian countries on food safety issues. Participation of EU-SEA-NET in the meeting was supported by CIRAD (Agricultural Research for Development), France, through its sub-projects involving food safety within the context of food security, in accordance with the theme of the conference. – UPM