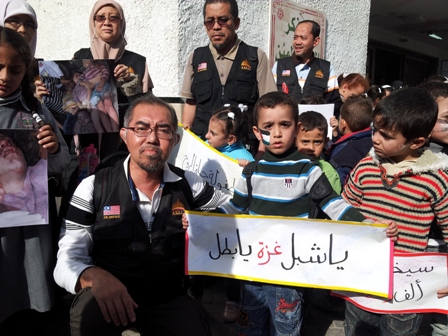 SERDANG: "Albeit only a little help was given, they replied with a smile. They never asked, however, when we handed out gifts, they expressed appreciation in a very grateful gesture."

Those were the words concluded by a Faculty of Agriculture, Universiti Putra Malaysia (UPM) lecturer, Associate Professor Dr Hafidzi Mohd Noor about the Palestinians who were trodden down by the Israeli regime when he was leading a Non-Governmental Organisation (NGO), Aqsa Syarif in a humanity relief work in the country.

He said, things like that gave satisfaction and motivation for him and his colleagues to continue helping through humanitarian missions by raising funds for medical supplies, food and education. 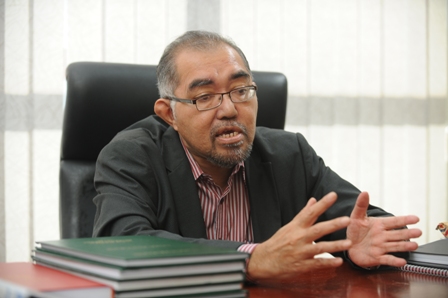 "It has become an ‘amulet’ for all those involved in the humanitarian missions to help more people who were being oppressed," he said in an interview at his office. He first became actively involved in humanitarian aid missions in 2000, and in 2010, through Aqsa Syarif after its establishment in the same year.

He was one of the recipients of the National Maulidur Rasul Award 1436/2015 on January 3 and took home RM20,000, a trophy and a certificate. All awards were presented by Deputy Prime Minister, Tan Sri Muhyiddin Yassin.

"I did not expect to receive the award due to my involvement in humanitarian work was like a routine, and I was compelled to do it.

"This award is not for me alone, but for our struggle in general as many of them involved were activists at various levels and organisations," he said. 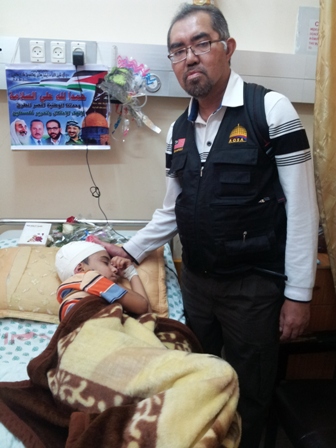 Although work is keeping him occupied as a lecturer at UPM, Dr Hafidzi who is also the Chairman of Aqsa Syarif, managed to spare his time in carrying out humanitarian missions to Gaza in Palestine, Syria, Aceh and Maluku in Indonesia, as well as Mindanao, Philippines.

Without the support from the employer, he said, it was difficult for him to carry out the work and almost impossible to do.

For him, helping downtrodden like the Palestinians, was like helping those people who were spiritually and physically resilient.

He added, when he was at a Palestinian refugee camp in Syria, a refugee came and asked him about the disappearance of the Malaysia Airlines aircraft, MH370. 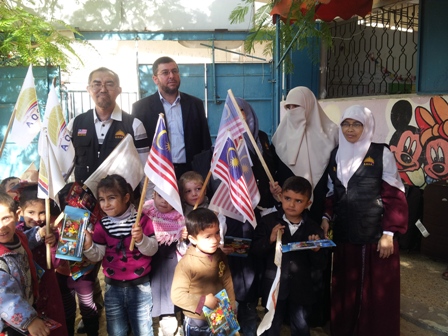 "They expressed their sorrow and sympathy despite their harsh situation. This showed that we were actually helping those whose spirits were resilient and intact," he said.

He also said that the charity work was humanitarian in nature, because it could unite people beyond nations, races and religions.

"This was the best channel that helped in reducing stress... when a disaster occurred, the blissful part was that it could bridge the exisitng gap. Intentionally or not, we were united by love," he said.

In addition, UPM initiative to promote volunteerism in helping flood victims in the East Coast recently was be able to bring students closer to humanitarian work.

He said, students were seen to be the anchor in society and they would be given 'direction' and 'guidance' once they have experienced other people’s adversity,"- UPM