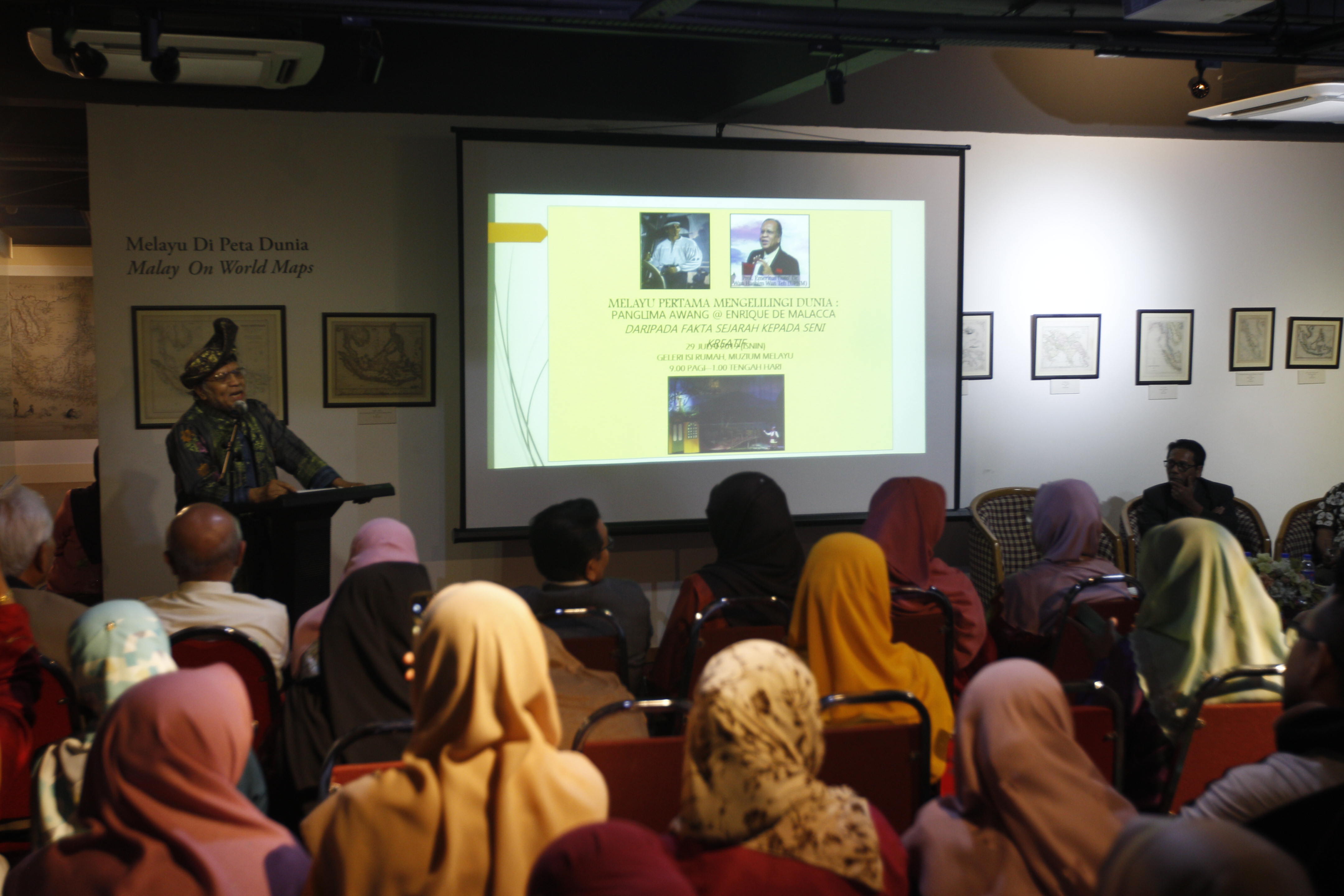 SERDANG, JULY 29 – Muzium Warisan Melayu, Faculty of Modern Languages and Communication (FBMK), Universiti Putra Malaysia (UPM), had organised an academic talk programme on “Melayu Pertama Mengelilingi Dunia: Panglima Awang @ Enrique De Malacca: Antara Realiti atau Ilusi” to unveil the true identity of the first Malay man to have travelled all around the world together with an army that was led by Ferdinand Mahellan between the years 1519-1522.

According to the sailing accounts compiled by Antonio Pigefetta, Panglima Awang or also known as Enrique de Malacca or Henry the Black is claimed to be the said man with Malay origin, who at the time was around 18 years old and was one of the prisoners of war during a Portuguese invasion of Melaka in 1511.

One of the programme’s main objectives was to provide awareness to the participants on the importance of learning correct Malay histories in a world without boundaries today. Other than that, the programme also aimed to prove that Malays too can be a prominent member of the world’s history as Panglima Awang became the first known person to have journeyed all around the world.