﻿﻿ Volunteers Go Out On A Limb, Wade Through Mud To Aid Flood Victims | Universiti Putra Malaysia


Serdang, 19 Jan 2015 (UPM): Facing various risks - driving on partially collapsed roads, sloshing through murky waters where danger could be imminent, wading across knee-level mud – were among bitter experiences that 900 University Putra Malaysia (UPM) students and staff who participated in the "Flood Aid Volunteer Mission" in the East Coast had gone through.

Cleaning public buildings in heavy downpour the whole day long, frequent power outages, lacking source of clean water and no proper tool such as mops, were also among other challenges faced  by the volunteers.

Nevertheless, the adversity did not deter their unwavering mettle and commitment, even after returning to the university, some of them, were eager to rejoin the next phases of the humanitarian mission. 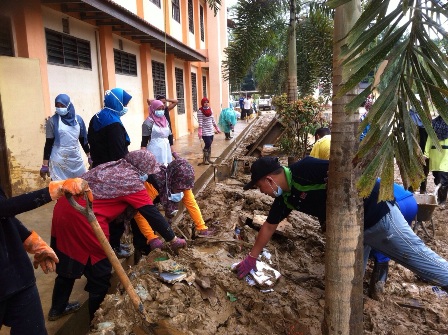 The sixth mission group will be mobilised from 23 to 25 January in Kuala Krai, while the seventh mission will take place from 24 to 27 January in Pekan.

Through the “3D” (Derma, Dorong, Doa) missions, essential goods donated by staff and students were gathered and taken to the Royal Malaysian Air Force (RMAF) base in Subang, before being transported by the military aircrafts to the East Coast. 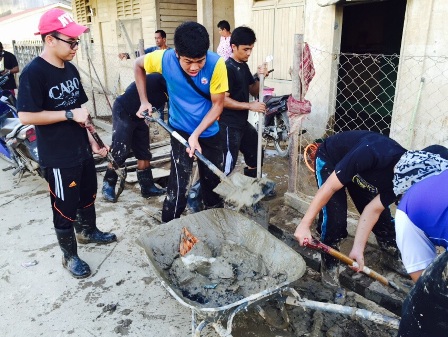 UPM mission groups were also bringing other essential goods for the flood victims, besides some cleaning tools such as brooms and soaps.

"When we arrived in Kelantan, the coordinator at the operations room assigned us to the Urban Health Clinic in Pasir Mas. The mud-filled clinic was inoperable. We worked from morning until late evening to clean it, and the next day the clinic was able to operate as usual," said Noor Mohamad.

"While at Sekolah Kebangsaan Paloh Hinai, Pekan, we managed to clean up two school blocks, however two other blocks were still filled with water. The place was a total mess, chairs, tables, books and other equipment were scattered about. We worked from morning to evening despite heavy rain.," he added.

The mission went on to SK Chini, SK Tanah Rom, and SK Gintong, all located in Pahang. 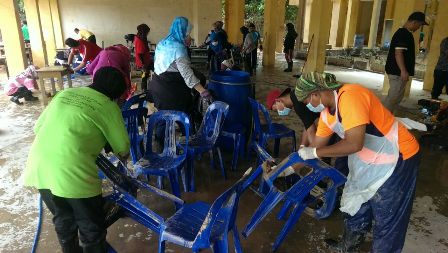 "When our first group arrived in Kuala Krai, Kelantan, there were some places cut off of water supply, no electricity, subsequently the 'water jet' could not be used."

"There was not a single mop available, the shops were closed because the place was badly hit by the floods or probably they had run out of supplies due to high demand," he said.

A second-year student from Faculty of Medicine, R. Kalaiselvan who joined the mission, said they were deeply touched to see the aftermath from the disaster and there were students who even cried because they were saddened by the ill-fated situations.

"When we were cleaning up a school in Pekan, the water supply was available only on the first day. On the second day there was no water at all, we were eager to work but there was no source of water available," he said. 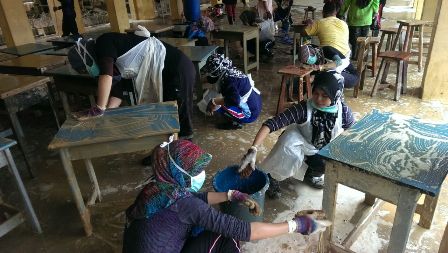 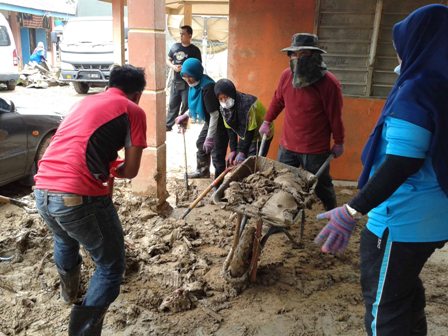 He and his friends were satisfied with the contributions made to the flood victims. "Although it was exhausting but we were happy that we could allay their burden... when we had returned to the university, some of us asked 'when can we head back to help again?’. We're excited."

Another student who participated in the mission, Nor Fazlin Abdul Wahab, said she was involved in the packing process of the donated goods and also managed to assist in loading them into the aircrafts at the RMAF base in Subang.

A total of 40 UPM students and staff involved in the loading work at the RMAF base in Subang, alongside other volunteers. "We selected men, women and children clothings and put them in seperate boxes. We felt contented, all parties gave full commitment. "

The floods, however, marked a tragic event when a third-year student from Faculty of Forestry, Mohd Fadzil Noor Haji Johar was killed near his home in Kampung Temai Hilir, Pekan due to drowning while helping his family. - UPM