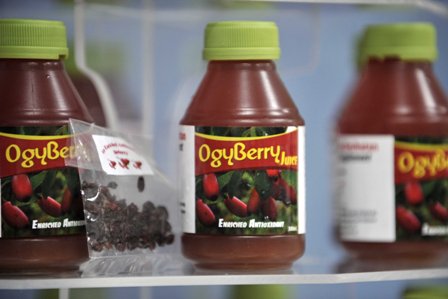 SERDANG, 3 Dec (UPM) – A Universiti Putra Malaysia (UPM) scientist has found the  secret of the ancient Iranian herbal lore about Berberis and she has now come out with a health drink which is high in antioxidant and good for the liver.

Prof. Dr Fauziah Othman, Head of the Department of Human Anatomy of the Faculty of Medicine and Health Sciences of UPM had, like the other scientists and researchers, been experimenting with the various Malaysian herbs in her search for a cure for cancer.

More than a decade ago, an Iranian student gave her some dried Berberis on his return from a home visit, and told her that the berries, like saffron, were used extensively as seasoning in their food, and that the Iranians (and their ancient Persian forebears) believed that these fruits are good for their health.

Prof Fauziah said she was intrigued by the bright red berries when she went to Iran and saw them growing in the hillsides and fields along with the saffron. 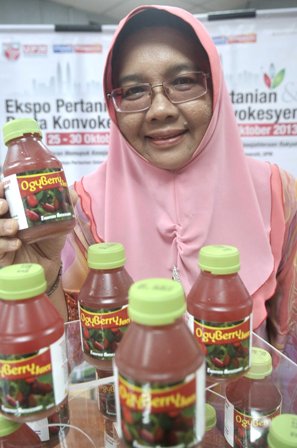 She did her research on the fruits and found that the ancient Persian philosopher and polymath, Ibnu Sina (or Avicena in latin) had in one of his medical treatises mentioned how Berberis were good for a variety of ailments.

She then decided to experiment with it, using tissue culture of cancerous liver as well as rats’ liver cancer model.

To her surprise, she found the cancerous liver culture shrinking and the mice, fed with different concentrations of the berry juice, did not develop liver cancer even though they were given the carcinogens.

The other control group of mice which were not given the berry juice developed liver cancer.

All in all, she and her team of researchers spent more than 13 years to analyse the berberis that can be found growing in different parts of the world with temperate and sub-tropical climate. They are widely grown and well-known in Iran where they are also used as a drink. 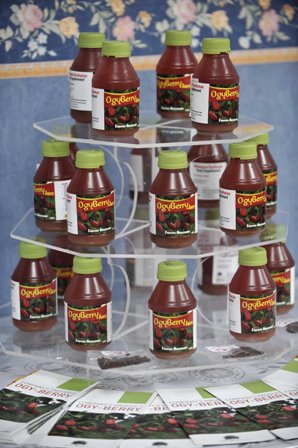 She and her team had identified and documented the chemical composition as well as the nutritional value of the fruits and through laborious tests in the lab, she has come out with a health drink or food supplement she called “OgyBerry Juice”.

“Ogy-Berry has been proven to have high antioxidant activity (more than 80 percent at 2mg/ml concentration) and has great potential as prevention for liver cancer,” said Prof Fauziah who had obtained her PhD from the University of Glasgow in 1997 after getting her Doctor of Veterinary Medicine and Master degrees from UPM in 1985 and 1993, respectively.

She was lecturing at UPM when by a twist of fate, she decided to follow her husband (Dr Mohd Azam Khan b. Goriman Khan, who is now the Dean of the Faculty of Veterinary Medicine of Universiti Malaysia Kelantan) to Glasgow where she also enrolled for her PhD programme.

She said she had managed to get a factory to produce 300 bottles of OgyBerry for the Agriculture Expo held in conjunction with UPM’s convocation ceremony late last October and they were sold out. 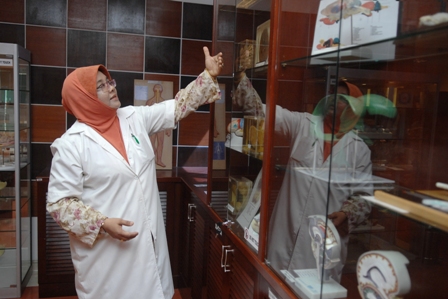 The first 1,000 bottles produced were also sold out and two graduate entrepreneurs had been appointed by UPM to handle the business.

“We are in the process of registering our trademark,” said the mother of two boys and a girl where her eldest two are pursuing their medical degrees.

OgyBerry juice had won the professor who hails from Kelantan a gold medal at the 2007 Malaysian Technology Expo. – UPM