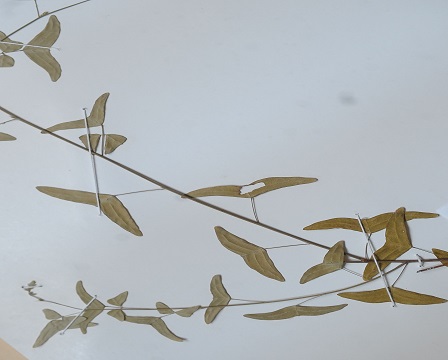 SERDANG, March 13 (UPM) – It is general knowledge that cancer is one of the many serious diseases, and for so long, a great deal of research has been conducted by various parties to produce drugs and other medicinal methods to find a cure for this disease.

Ongoing efforts by researchers may soon be able to pave the way in finding the ingredients or remedy to deal effectively with this dreaded disease.

A preliminary study conducted by Universiti Putra Malaysia (UPM) on a plant known as the Red Butterfly Wing, or which goes y its scientific name – Christia vespertilionis, has discovered anti-cancerous and anti-inflammatory characteristics.

Henceforth, UPM will conduct further research on the effectiveness of the Red Butterfly Wing foliage for its second stage of research, through screenings and pre-clinical trials.

A lecturer and researcher of the Department of Biomedical Sciences, Faculty of Medicine and Health Sciences, Assoc Prof Dr. Latifah Saiful Yazan, said the outcome of the second stage research will be tested on animals.

“In that research, breast cancer cells will be injected into mice before they are treated with Red Butterfly Wing foliage extracts,” she said in an interview.

The Red Butterfly Wing, cultivated by Mr Khamarul Rezan Lim Abdullah, 58, is said to be not only effective in treating cancer but also other ailments such as SLE, dengue, stroke, hypertension, diabetes, intestinal problems (such as gastritis, constipation and diarrhea), asthma, migraine, sinus and measles.

Dr. Latifah said the second stage of the study will use part of the Enterprise Innovation Fund (EIF), totaling RM300,000 allocated by the Ministry of Science, Technology and Innovation (MOSTI).

For the study, Khamarul Rezan will be supplying the leaves. He has begun replanting the plants, which will be fully grown within three months before the leaves are to be harvested.

The fund will also be used to purchase some equipment such as a dryer, a shredder and wrapping machines for product branding.

The first in-vitro screening, conducted in 2013, using the foliage extracts on six cancer cells sequences which were difficult to treat, including breast, lung, colon, cervix and ovary cancers, found that the most sensitive cells were the breast cancer cells.

She said the second screening will also examine chemical profiles of the leaves. 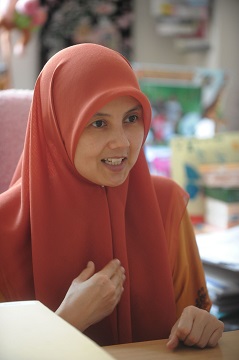 Dr. Latifah said as notified by Khamarul Rezan, the foliage extracts has so far borne no side effects on users.

As in serving tea, the type of treatment involved was by boiling the water-soluble extracts before it is consumed.

She added that the Red Butterfly Wing foliage is available in many colors but only the green ones were used for the  medical research.

The plant can reach about two meters high, and to speed up germination, the shoots must always be cut, she said.

According to Dr. Latifah, the group is conducting a research on acute toxicity and sub-acute to determine whether water decoction of the Red Butterfly Wing could cause harm to the researched animals.

At the same time, a study to determine the characteristics of anti-cancerous water decoction in the animals will be carried out soon.

“UPM is not responsible with the allegations by several operators who associate their products with the leaves, claiming that their products have been effective in curing many diseases.

“UPM research is not yet finished. Based on the grant we received from MOSTI, our main focus now is on the anti-cancerous characteristics of the leaves.

“Barring unforeseen circumstances, the research will only finish by the end of 2016. However, it is still too early to jump to any conclusion until a research is carried out on humans.

“According to traditional treatment, the Red Butterfly Wing is said to have many health benefits.

“UPM is prepared to conduct experiments for various diseases which may need the use of such leaves from Seribu Satu Herba Enterprise if there is funding from government agencies, particularly MOSTI,” she said.

She was responding to the allegations by certain quarters which had gone viral on Facebook, linking their products with UPM research. - UPM