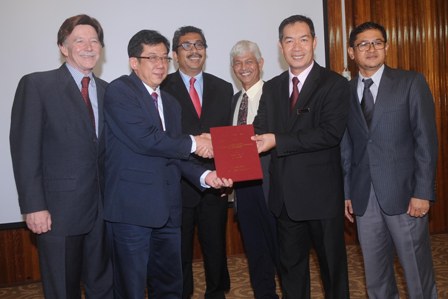 SERDANG, 26 Nov (UPM) – A group of researchers from Universiti Putra Malaysia (UPM) have invented a machine they dubbed “Robo-Rest”, based on the technology of sterilization using high-pressure steam to reduce the loss of palm oil in the refinery that is said to run into millions of dollars.

The invention is now set for commercial production through the collaborative efforts of UPM researchers and the engineering experts of Dolphin Applications Sdn. Bhd., a company providing a broad range of palm oil mill products and services.

The high technology machine is said to be able to safeguard Malaysia's position as the leader in palm oil technology at a global level. 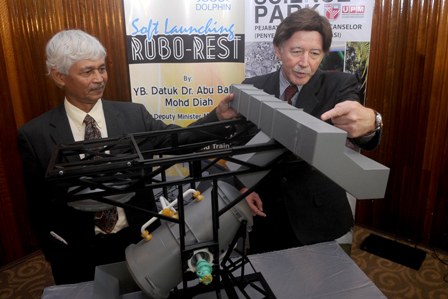 Robo-Rest technology is the brainchild of Assoc. Prof Dr. Abdul Azis Ariffin from Faculty of Food Science and Technology who had devised it with the collaboration of other UPM engineering experts.

Deputy Minister of Science, Technology and Innovation (MOSTI), Datuk Dr. Abu Bakar Mohamad Diah who witnessed the formalization of the commercialization pact between Dolphin and UPM, said the use of direct high-pressure steam would help to expedite the process of sterilization.

"The newly invented technology only takes 45 minutes to sterilize fresh fruit bunches compared to the existing mechanism that requires 1 to 2 hours to complete the sterilization process. 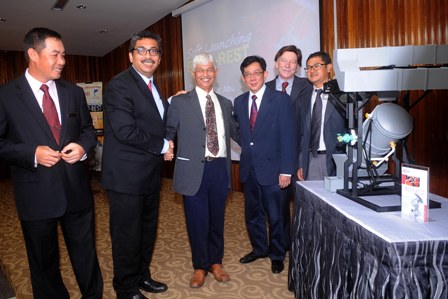 "Besides, it also reduces the cost of electricity, installation and other production costs," he said during the exchange of commercialization partnership agreement between UPM-UPM INNO, an agency of the university, and Dolphin Applications Sdn. Bhd. for the product here.

Through the pact, the Robo-Rest technology will be commercialized by Dolphin Applications Sdn. Bhd., after earning an exclusive six-year agreement of commercial rights from UPM.

"The sterilization movement during the process is automatically maintained and it is designed to preserve a very high vapor pressure during operation. Furthermore, it functions not only to receive and sterilize fresh fruit bunches but also cook them by putting them in a horizontal position," he said. 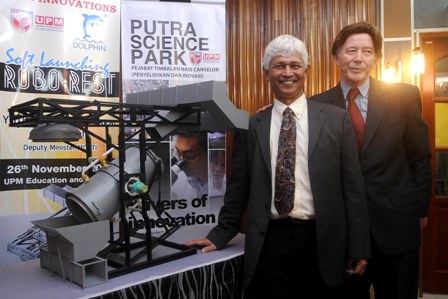 He also said that the technology is able to maximize the related chemical reactions during the detachment of the oil palm fruits from the stalks, which allows the oil-bearing cells to release the oil more easily without affecting the carotene content in the fruits. - UPM