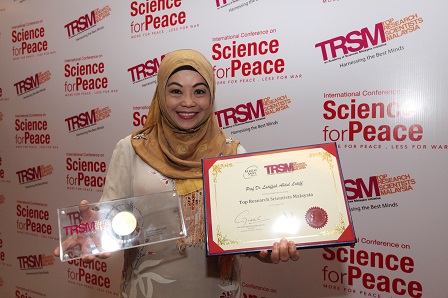 KUALA LUMPUR, August 15 – Prof. Dr. Latiffah A. Latiff who is a lecturer at Community Health Department of the Faculty of Medicine and Health Sciences, Universiti Putra Malaysia (UPM), has been named the recipient of 2016 Top Research Scientist Malaysia (TRSM).

The accolade saw her receiving a certificate of recognition and a trophy from Perak Sultan, Sultan Nazrin Muizzuddin Shah. 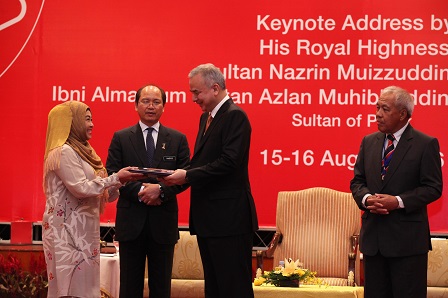 Meanwhile, the TRSM award introduced since 2010 by the Malaysian Academy of Sciences, is in recognition of Malaysian scientists and researchers who are active in conducting research and development that have contributed towards socio-economic transformation of the country.

In addition, TRSM is also aimed at promoting the achievements of researches by Malaysian scientists as exemplary model of excellence, mentors to future generations and capable leaders who can move along progressively with the national Science, Technology and Innovation (STI) agenda. – UPM.