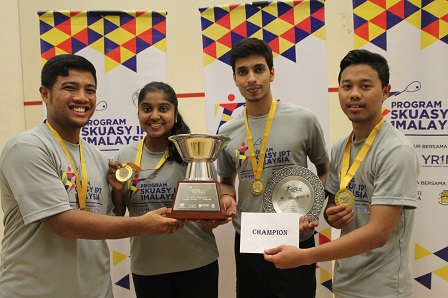 The UPM team squash defeated INTI International University 2-1 in the final, walking away with RM1,500 cash, a plaque and a championship trophy sponsored by YR1M.

According to Mohd Amir, his team is aiming for the finals and won the championship.

"A strong team spirit has helped the team to beat the favorites, including the team from University of Malaya (UM) in the semi-finals," he said. 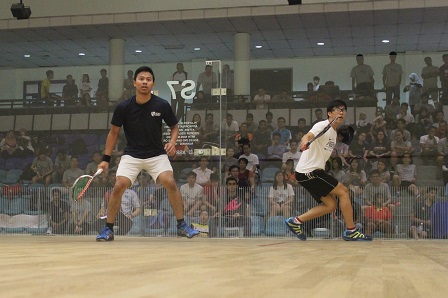 Mohd Amir expressed his appreciation to team manager, Dr. Yap Wing Fen and UPM Squash Club members who had been instrumental for the team’s victory.

The UM team which lost to UPM in the semi-finals, came in third place after a 2-0 win over Sunway University.

A total of 27 teams from 14 higher education institutions took part in the tournament. – UPM.