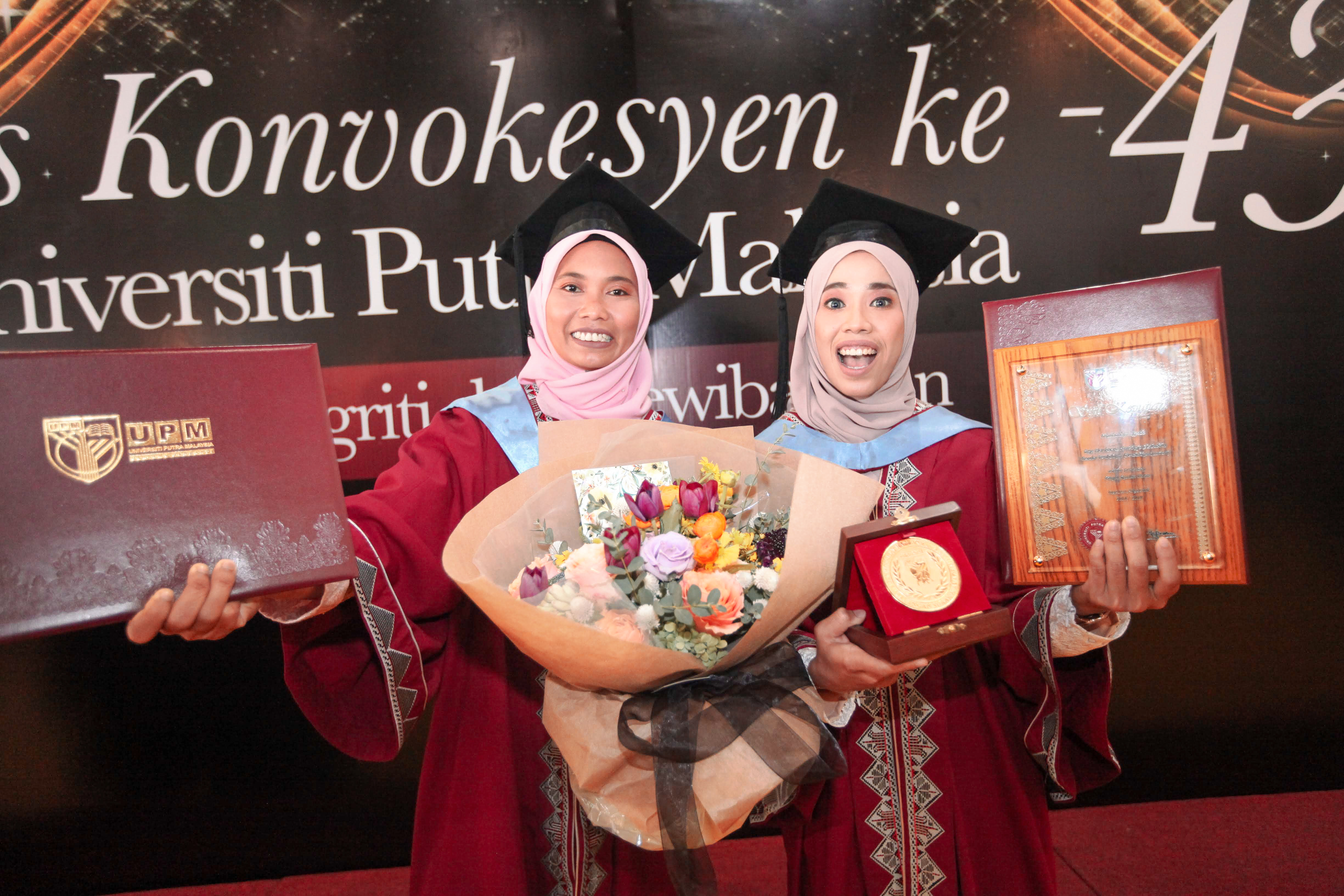 Siti, who is the leader of the national women's hockey team, has won three gold medals in the Southeast Asian Games from 2013 to 2017 and a second place in the World Women’s Hockey League tournament held in Kuala Lumpur in 2017. Siti had thought of giving up on her studies as sports required her full commitment. Juggling both studies and sports had left her mentally and physically exhausted.

“It is often not easy for an athlete to complete his or her studies on time because an athlete does no take the same path in learning as that of an ordinary student. I remember one incident in which I stayed awake for four days in order to complete my coursework,” said Siti.

"I am grateful to be surrounded by dedicated lecturers and classmates who have helped me a lot, especially during the times when various major games were being held," Siti added.

Meanwhile, Raja who is a national hockey player who was ranked third in the 2019 World Hockey Series in Iceland, had to postpone her studies for three years. Nonetheless, she is very happy with everything she has now.

"I think that a student should not be shy and should always ask for advice from the lecturer when he or she has any problems with his or her coursework because it is always better to be safe than sorry," Raja said.

Raja was also the recipient of the Razlan Putra Medal in conjunction with the 43rd UPM Convocation Ceremony. "Although I went through many challenges for the past seven years, I was really impressed to see the joys of both of my parents," Raja added.

Raja took this opportunity to thank her parents, UPM lecturers, classmates, hockey coaches and all those who have guided her to this day.

At the present, Siti aspires to become a hockey coach in order to develop hockey sport in the country, while Raja is focusing on training for the Southeast Asian Games in the upcoming indoor hockey event in the Philippines. - UPM