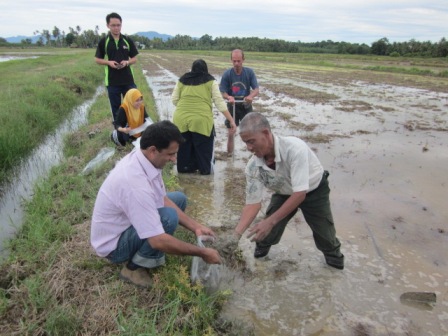 SERDANG: Many farmers in acid sulphate soil areas had decided not to pursue their farming activities due to the infeasible and tapering harvest, subsequently made them not worth the toil.

Soon, this nightmare will become a thing of the past. Acid sulphate soils otherwise, will bring great returns to the farmers through a project of sustainable rice cultivation on acid sulphate soils.

Lands in Merbok will be the place to implement the pilot project, initiated by researchers from the Faculty of Agriculture, University Putra Malaysia (UPM) through the Knowledge Transfer Programme (KTP). 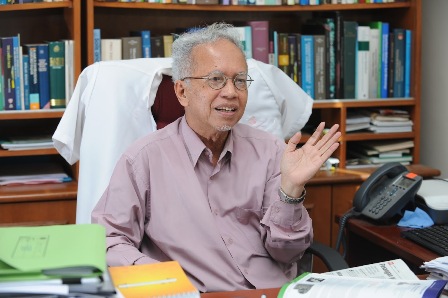 The five-year project that began in 2011, has been financed by the Ministry of Education with the provision of fund up to RM10 million, and now in the final stages with a goal - farmers would obtain higher yields.

A lecturer from the Faculty of Agriculture, Professor Dr Shamshuddin Jusop, who leads the research, said the project has been going on under the Long Term Research Grant Scheme (LRGS).

He said the level of acidity in the soil would be first analysed. Based on that analysis, the recommended amount of lime would be dispersed on the land to reduce its acidity, before plowing and sowing the seeds process took place.

He added, based on the preliminary results of the ongoing project, paddy cultivated on acid sulphate soils improved in its output and this could potentially raise the farmers revenue, thus increase the country's rice production. 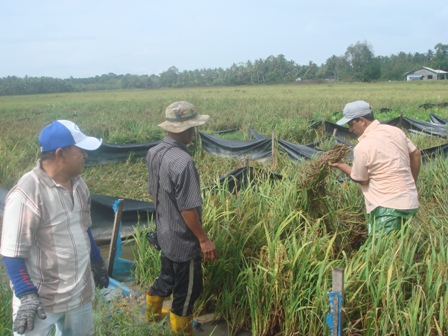 "Rice production in the country is facing the most pressing needs from the people because it is only able to meet 70% of the demands. The problem arises due to rice productivity has not increased significantly in recent years and the rate of population growth is getting higher with over 30 million people in 2014," he said.

Therefore, he said, the unused, degraded lands need to be reclaimed for rice cultivation, with a concentration on acid sulphate soils.

"More than 400,000 hectares of acid sulphate soils are said to exist in this country, which largely could be used for rice cultivation," said the Malaysia Toray Science Award (MTSF) recipient for his research in technology to improve the quality of the country's rice production. The award and cheque of RM30,000 were presented by Science, Technology and Innovation minister, Datuk Dr. Ewon Ebin.

Shamshuddin said, the average national rice output was 3.8 tons per hectare for a harvesting season, if the rice cultivation on acid sulphate soil areas could be carried out, an average output would reach 5 tons per hectare in a season, hence the needs for the country's rice could pan out with 80%, compared to the current 70%. 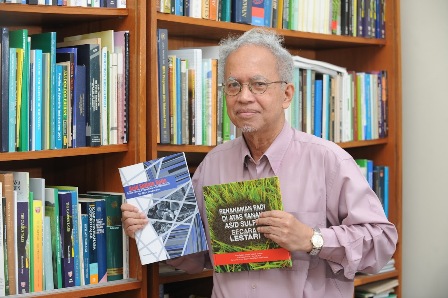 "If we manage to solve this problem, we are able to save the world," he said.

The similiar project had also been implemented in Jelawat, Bachok, Kelantan, covering a stretch of one hectare, which showed promising results, however the second project that was initiated in Semerak, Pasir Puteh, Kelantan, was warded off by the recent floods and expected to be remade.

He said that in this coming April, this project will also be implemented in Muda Agricultural Development Authority (MADA) areas, involving two to three acres in its initial stages.

As Malaysia is this year's ASEAN chair, sustainable methods for rice cultivation on acid sulphate soils could also then be meted out among ASEAN countries in areas such as the Mekong Delta and Indonesia. - UPM