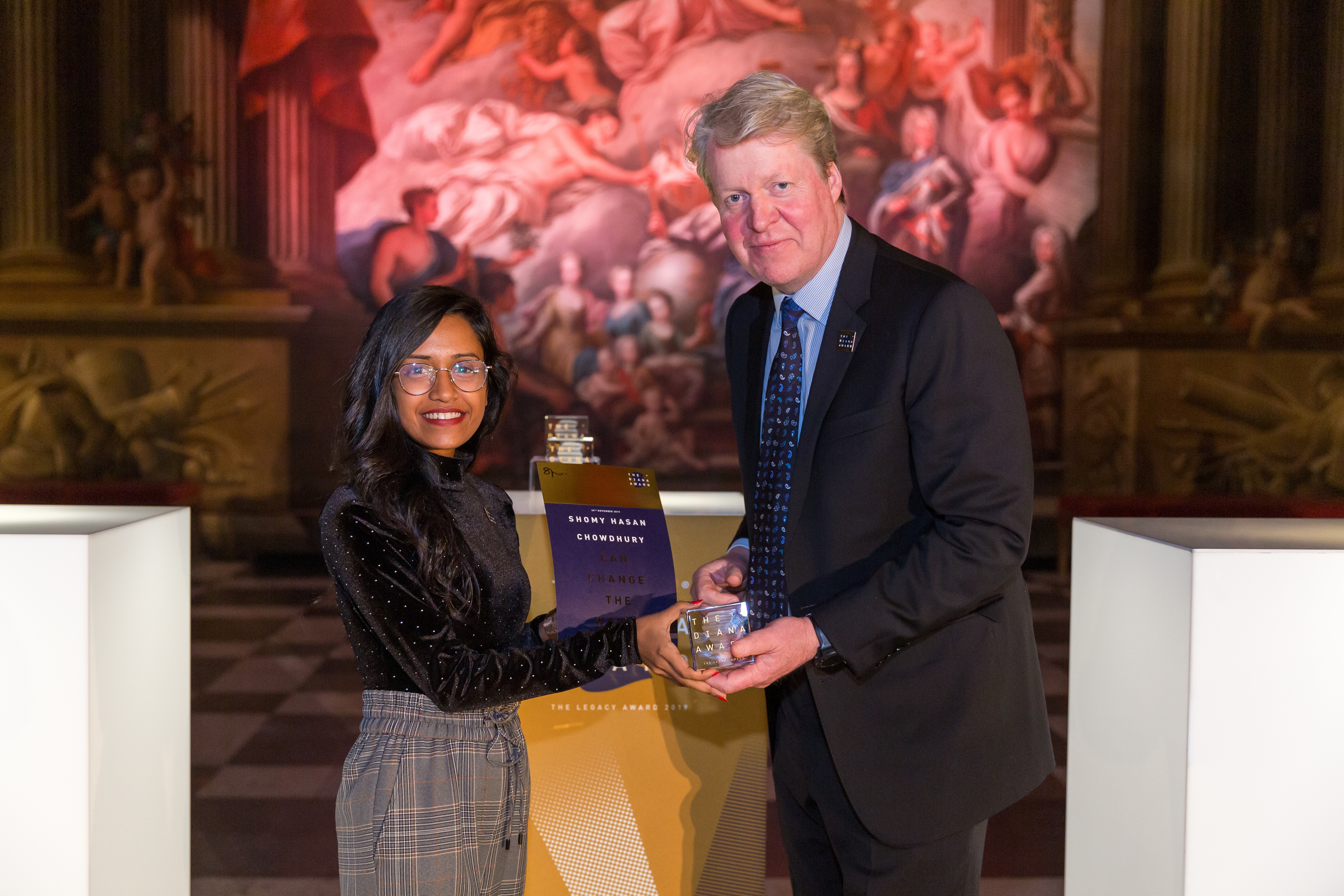 LONDON, Nov 26 – A student from the Faculty of Economics and Management of Universiti Putra Malaysia, Shomy Hasan Chowdhury of Bangladesh, who is also a water and sanitation activist, has received The Legacy Award which honours the late Princess Diana’s humanitarian work.

Shomy received the honourable award for her effort in raising awareness of the importance of clean water and hygiene by setting up an 'Awareness 360' organisation with a fellow UPM student Rijve Arefin, also from Bangladesh.

Earl Spencer, the late Princess Diana’s brother, presented the prestigious award to 20 winners from all over the world including Shomy at the Kensington Palace during the London Award Ceremony. Shomy was selected as she possesses Princess Diana's qualities of kindness, compassion and of being supportive.

All the recipients had the chance to meet the Duke of Cambridge, Prince William, who gave a wonderful justification for them in getting a chance to receive the award.

The late Princess Diana's chief executive, Tessy Ojo, highlighted that the awards intent to celebrate the younger generation for their contribution to the society and to build a competitive generation.

Shomy said receiving the award in honour of the legend was a great privilege and she would work hard to continue Princess Diana’s legacy.

“The Legacy Award was introduced in 2017 to celebrate Princess Diana during her 20th death anniversary, and her belief that young people have the power to change the world.

“This award ceremony is held every two years to celebrate the achievements of 20 young people around the world. The award proves that they have shown their ability to inspire others to serve their community, just like Princess Diana,” Shomy said.

After losing her mother to diarrhoea, Shomy focused on raising awareness for more than 70,000 people through the “WASH Talk” for the past seven years by teaching community groups such as sex workers, sewer workers, less privileged school children and the disabled.

Because her work has impacted the global community, in 2017, Shomy was given the opportunity to give a speech to more than 60,000 people at the Global Citizen Festival in New York. - UPM