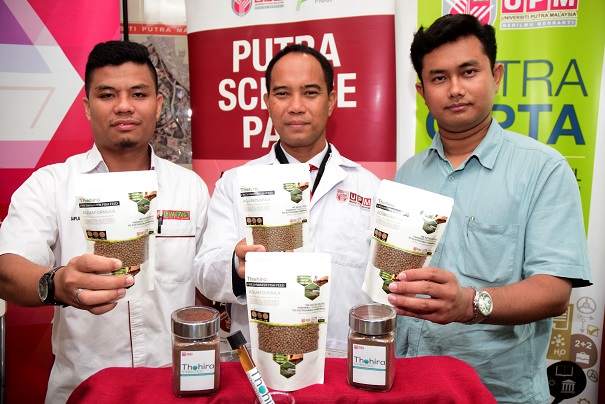 SERDANG, Nov 29- Universiti Putra Malaysia’s (UPM) research team has successfully produced animal feed from palm kernel (PKC) and synbiotics. These particular feed is rich in various enzymes, proteins and metabolites that increase the nutritional and prebiotic content of the feed.

The product termed as 'Thohira Symbiotic', encourages the growth of livestock and is comparable to similar commercial products but at a more economical cost.

Hence, breeders will be able to increase their profit. PKC refers to palm oil industry’s waste produce that has low nutrients and is not suitable for consumption by fish and poultry; however, with the usage of 'Thohira Symbiotic' technology PKC’s nutritional content is improved, allowing it to be used in animal feed formula at a higher concentration (25-35%) without affecting the animals’ growth.

The head of the research team, Prof. Dr. Shuhaimi Mustafa said that 'Thohira Symbiotic' is pure, clean and suitable to be used by Muslim animal breeders. 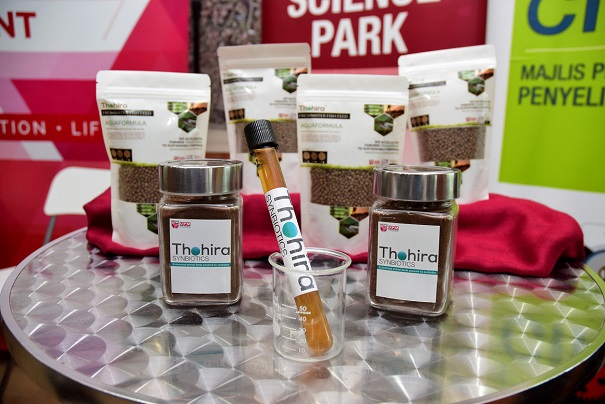 He said the technology would be able to reduce the dependency on imported raw materials such as soy and maize for feedstock, thus contributing to a reduction in the cost of livestock feed incurred by entrepreneurs.

Prof. Dr. Shuhaimi, who is also the Deputy Dean (Research and Graduate Studies), of the Faculty of Biotechnology and Biomolecular Sciences, UPM, said the animal feed formula that contains Thohira's technology boosts nutrient and prebiotic content (Mannan-Oligosaccharides) that improves feed’s quality and stimulates the growth of microorganisms in the animals’ digestive system.

He said that the technology, which license was awarded to Halways Sdn Bhd, has already been in the market through aquaculture industry products since March 2017, while for the poultry industry, the companies involved are testing it at breeding farms at a commercial scale.