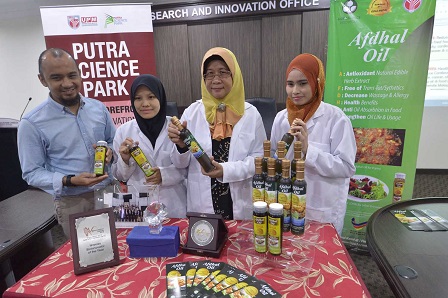 Prof Suhaila said AFDHA cooking oil was scientifically defined using the main ingredients, palm oil and Rutaceae herb, which are not only capable of reducing oil absorption in fried cooking up to 85 per cent  but also minimise the risks of getting cardiovascular and cancer.

“Extracts from Rutaceaea herb serve as a natural antioxidant that prevents cooking oil from damage.

“Besides, wastage can be avoided through the use of cooking oil for 80 times, without affecting one’s health. 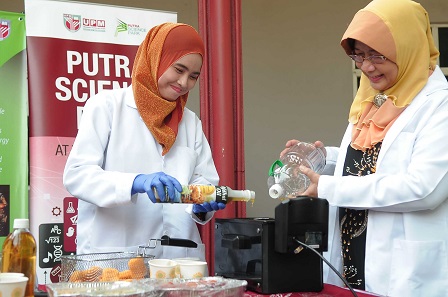 “Another plus point of this product is that it is rich in high antioxidant, has antibacterial properties and antihistamine to enhance crunchiness, taste and quality of fried foods to   prevent damage to the oil whether in cooking or keeping and poses less health risks.

“AFDHAL oil can be used for all types of cooking oils by applying 15 millimetre (ml) or one big spoonful to 150 ml or half a cup of cooking oil,” she said.

She said the main feature of AFDHAL cooking oil enabled it to be accorded with patent rights from all over the world and it has been commercialised in the Lazada sale and purchase website. 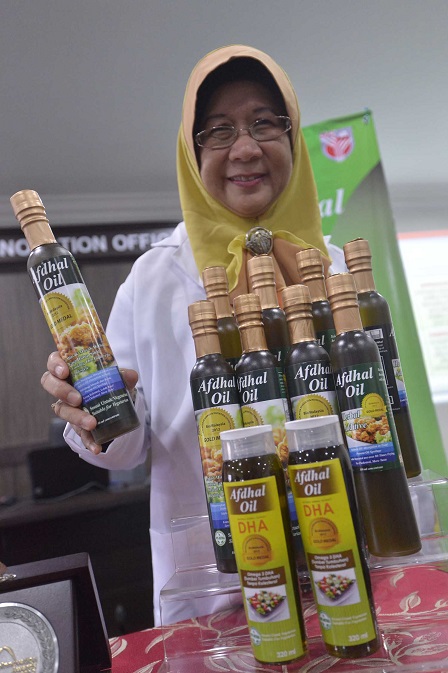 The research which commenced in 2008 but still in the process of further improvements, was given a grant by the Higher Education Ministry and has obtained patent rights from various countries, including the United States of America, Europe, Australia, Singapore, Malaysia, Vietnam, India, Japan, China and Indonesia.

Among the accolades it received were a gold medal in the 2012 BioMalaysia Award and a silver medal in the PECIPTA 2013 research exhibition.