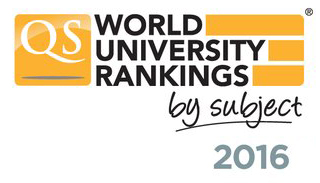 SERDANG, March 22  - Universiti Putra Malaysia (UPM) added another feather in its cap when it succeeded to increase the number of subjects among the world’s 200 Best QS World University Rankings by subject 2016 from 13 to 15 as announced today on March 22.

UPM made the leap from 13 subjects last year to 15 this year, thus maintaining its position among the world’s 100 top universities in Agriculture and Forestry subjects for four consecutive years since 2014.

UPM Vice-Chancellor, Prof. Datin Paduka Dr. Aini Ideris congratulated all staff and students who had been supportive of UPM entitites that had been instrumental in bringing the university to greater heights at the international arena.

“The increase in the number of subjects to 15 and our ability to maintain Agriculture and Forestry subjects as among the world’s 100 top subjects for three years in a row are indeed an achievement that UPM should be proud of as we had to face competition from other insitutions in the region.

“This achievement which is also contributed by the Faculty of Agriculture, Faculty of Forestry, Veterinary Medicine Faculty, Science and Food Technology Faculty, Science Biomolecular and Biotechnology Faculty and other UPM institutes with link to agriculture, proves that UPM is able to carve its own niche and success at the international level for quality graduates and academic standard.”

“For continuity of UPM’s success and outstanding performances, UPM will strive to enhance its score in each and every indicator with focus on academic, research, publications as well as internal and external networks,” she said.