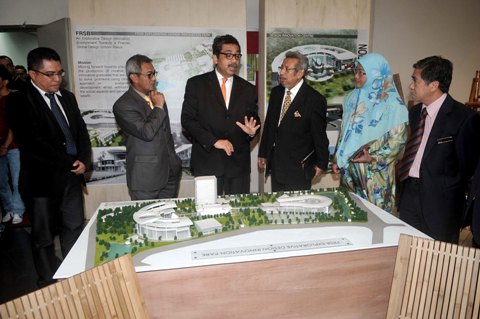 SERDANG, 23 Jan (UPM) – The use of bamboo for whatever purposes except for food, has been consigned to the backwater of mainstream Malaysia, probably a victim of perception in the quest for the so-called modernity, the latest fashion and brand names. Bamboo, a giant grass that is ubiquitous in the country, simply grew out of fashion and out of the culture and lives of the Malaysian (and the Asian) people over the last five decades or so.

What happened and what went wrong?

But rather than to waste time discussing the fate of bamboo, the scientists and researchers of Universiti Putra Malaysia (UPM) have set their eyes and minds on harnessing technology and innovation to re-invent the use of bamboo. They want to see bamboo being widely used again by the people as did their forefathers who had used bamboo to build their homes, fences, furniture, beds, utensils, tools, weapons, traps, rafts, musical instruments and so on. There was almost nothing in those good old days when bamboo did not play an integral part of the daily lives and chores of pre-independent Malaysians. 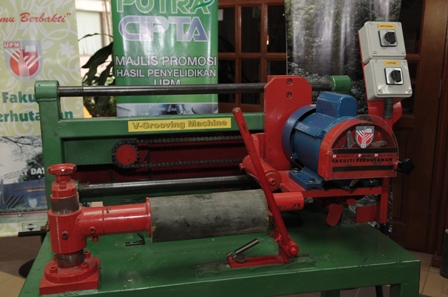 These scientists and researchers have already laid out a roadmap for their tasks following the convening of the “Bamboo Forum and Design Day 2013” in September last year as the university celebrated the World Bamboo Day Malaysia then, said Dr Mohammad Yazah Mat Raschid, Deputy Dean (Industries and Development) of the Faculty of Design and Architecture (FDA).

The theme of two-day forum starting on 13th Sept last year was “Futuristic Bamboo” and that theme certainly speaks volumes about the approach and direction that these scientists and researchers would take to bring back the glory days of the bamboo culture of the Malaysian people.

“We want to put UPM on the map to spearhead the innovation and revival of bamboo which is the most sustainable materials that can be easily replenished in our country,” said Dr Yazah who was the chairman of the organising committee of the forum and exhibition. 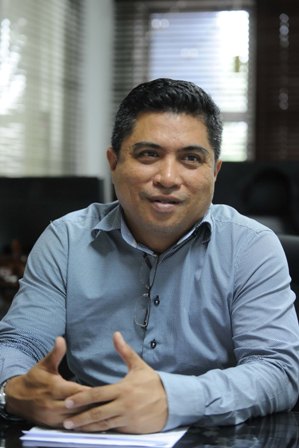 UPM’s bamboo story UPM’s bamboo story, he said, started when they were approached by the Global Innovation and Entrepreneurship Foundation (GIEF), a non-profit non-governmental organisation (NGO), about reviving the use of the wonder grass bamboo where some countries like South Korea, Thailand and China had long made a head-start. GIEF, founded and chaired by Dato’ Ghazi Sheikh Ramli, a former senator and head of the Umno Petaling Jaya division, had told them how these countries had gone high- tech in their use of bamboo and how the industry was worth US$11 billion in 2012.

The Malaysian export in that year was only RM220,000. Together with the Malaysian Timber Industry Board and GIEF, UPM then undertook to organise the forum while joining 43 other countries in celebrating the World Bamboo Day for the first time in Malaysia. Dr Yazah said Vice Chancellor Prof Datuk Dr Mohd Fauzi Ramlan, who is also a bamboo expert, gave his support to their endeavours, opening an avenue for them to attend the World Bamboo Congress in Damyang, South Korea, in 2015 where UPM would bid to host the 2018 edition of the congress.

They had inked a Memorandum of Understanding (MoU) with GIEF where the NGO would assist in raising funds for UPM to set up a Bamboo Exploratory Park at the grounds of the Design and Architecture Faculty in Serdang. Also planned is a visit to Damyang for 40 students and 15 lecturers in 2015 to participate in the bamboo festival during the World Bamboo Congress as the South Korean county is famed for its use of everything in bamboo.

“We are also discussing with GIEF and MTIB about short-term projects to spark off the creativity of our school children and university students. “It would NOT be impossible for Malaysia to export up to RM50 million worth of bamboo products by 2020,” said Dr Yazah, who envisages a multi-disciplinary move by different UPM’s experts to re-invent the bamboo industry in the country.

For one, a team of UPM researchers had unveiled in August last year a “V-Grooving” technology that involve the method and the machine to “flatten” the bamboo for use as boards, flooring and as substitutes in the wood-based industry.

Team leader, Assoc. Prof. Dr Edi Suhaimi Bakar, a researcher who is an expert in wood quality and wood machinery from the Forestry Faculty, said at the launching ceremony that the innovation using a specially designed machine should be a boon to the bamboo industry.

The “V-Grooving” method that cuts a series of V-shaped grooves on the outer side of a bamboo is more practical and efficient for flattening bamboo than the current method, Dr Edi had said. 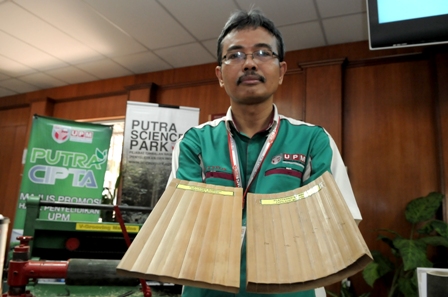 Three-prong approach Dr Yazah said they would use a three-prong approach to re-invent the bamboo story in the country. The first is to create public awareness on the bamboo which a suffering from a perception problem as the people see its use as old fashion or out-of-date. Exhibitions showcasing ultra-modern, artistic and beautiful design of bamboo-based furniture, building materials and so on, should be able to woo back the customers.

This means that there should be more research and development (R & D) on bamboo and this should be the role of the universities. It also means that the scientists and researchers would have to collaborate with other universities and external bodies.

Dr Yazah said the third approach would be training and commercialisation of bamboo where UPM’s University-Community Transformation Centre (UCTC) would play a role, other than vocational schools and skill training centres in the country.

“I see that the technological innovation of the bamboo industry is capable of developing and my ministry would support all efforts committed to bring the innovations to the international level,” he had said.

He also saw the potential of increasing the quality and quantity of organic food using bamboo shoots from the partnership. “I see a lot of commercial opportunities that are yet to be tapped. There will be greater use of bamboo in various areas from the food industries, transportation to the construction industry in the future,” he said.

Prof Dr Fauzi, in his welcoming remarks, said through the roadmap of actions, UPM would be recognised as a catalyst for the development of bamboo-based green technology in the world of design and architecture.

“This cooperation would be strengthened through joint activities like awareness programmes, promotion and technological studies based on green innovation for the community.

“In addition, UPM will establish the Bamboo Exploration Park for the study, development and innovation products based on bamboo,” he said.

There are more than 400 species of bamboo in the country and more than a dozen of them are said to be of high commercial value. – UPM