﻿﻿ Graduates Must Be Excellent, Holistic In All Aspects | Universiti Putra Malaysia 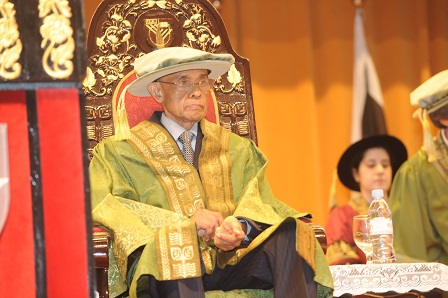 He said graduates with vast knowledge, good moral and manners and mindset were vital in producing an all-round and balanced Malaysian citizen.

"I believe that if a university could produce graduates of such traits, this will be the greatest contribution from the university for development and civilization of a nation,” he said at the second session of UPM’s 39th Convocation here.

He also presented degrees and diplomas to 906 graduates. 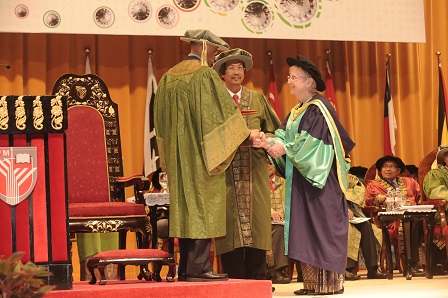 Tan Sri Dr Nayan also said graduates should be prepared and equip themselves with entrepreneurship elements and able to create jobs instead of looking for one in view of the world’s economic uncertainties which had posed challenges to graduates in finding jobs.

Tan Sri Dr Nayan added that the process of learning should not just stop at trying to secure a job but that graduates should also continue to boost their knowledge and skills.

“Turn today’s success into a platform where you can make meaningful contribution for the betterment of the society, and human civilization to be of more quality, integrity and synergy in tandem with the environment,” he said.

Congratulating the graduates, he said he hoped that their achievements could motivate them to strive for more successes and as a catalyst to make meaningful contributions to their family and the community.

“I hope that our graduates will never forget the sacrifices made by their parents and families but view them as the strengths and catalyst for their success today. Who are you without them,” he said.

A total of 7,056 graduates received their degrees and diplomas in the 39th Convocation, themed “Anchoring Agriculture.” – UPM.