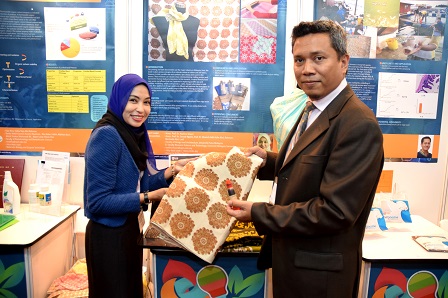 KUALA LUMPUR, Sept 3 - A research innovation by Universiti Putra Malaysia (UPM)’s Associate Professor Dr. Nazlina Shaari from the Industrial Design Department of the Faculty of Design and Architecture, entitled ‘Utilizing Sago Waste as a Natural Ecopaste in Textile Prints won a gold award and “Biotechnology Innovation of the Year” Special Award at the recently-concluded Bioinnovation Awards.

Her research featured a new innovation in the batik printing industry to replace paraffin candles which are used in the process of batik designing and printing with an environmental-friendly and safe product.

The innovative ECOPASTE item, a thickening formula that uses natural ingredients such as sago and sago waste water in the form of powder, makes the mixing process easier while the upkeeping of batik a breeze as compared to other existing printing items. 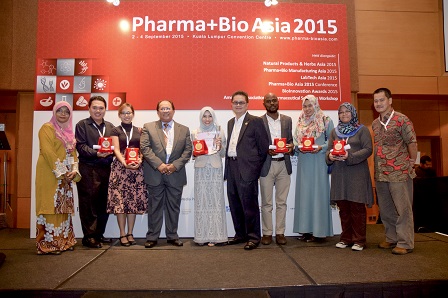 Overall, five UPM researchers walked away with three gold, three silver medals and a Special Award at the event.

The two-day BioInnovation Awards which ran for two days from Sept 2 was held in conjunction with an innovation exhibition Pharma + Bio Asia 2015, organized by the Malaysian Association of Research Scientist (MARS) and Professional Trade Exhibition and Meeting Planners (PROTEMP), at the Kuala Lumpur Convention Centre (KLCC).

It is aimed at inspiring innovation and as a tribute to individuals and organizations for their achievements in developing ideas in the field.

Protease is an important enzyme in the industry because it is heat resistant, tolerant to organic solvents and is highly resistant to sweetness. This enzyme is also applicable in foods, drinks and detergents.

Also won a gold award at the function was Associate Prof Dr. Md. Sabri Mohd Yusoff  from the Faculty of Veterinary Medicine, with his innovation, Feed-based Recombinant Vaccine, a vaccine used for streptococcosis which is caused by Streptococcus agalactiae bacteria that normally attacked freshwater fish.

Meanwhile, Dr. Fakhrul Zaman Rokhani from the Halal Product Research Institute, won a silver award through his Lard Detection based on Impedance spectroscopy, a kit used to analyze lard content from fat or oil.

It is the second way to detect the presence of lard addition to using DNA as the initiative to trace lard. 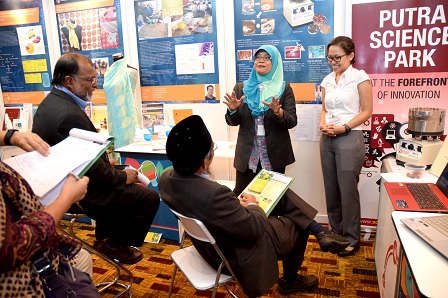 Drupe Dehusker is a machine specially designed to separate the husk from the shell or nut fruits, while Sesame Cracker Machine is a machine for making sesame cookies using the latest research innovation.

All UPM products which entered the innovation contest have been patented. UPM’s 1,800 researches come under the protection of intellectual property and most of them are ready for commercialization with the industry – UPM..