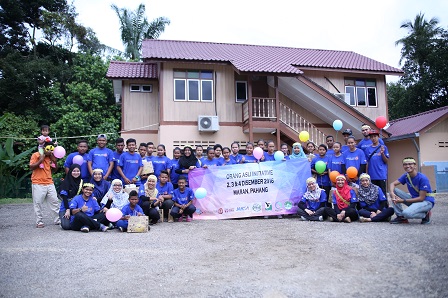 Programme Director, Hasifullah Ibrahim said the programme held in collaboration with  YSEALI YOUnified Malaysia, Jabatan Kemajuan Orang Asli (JAKOA) and UPM Student Affairs Division, was aimed at exposing and raising awareness among the Orang Asli, especially those aged 13 and above, towards the significance of taking care and managing the environment.

“They were exposed to factly issues on the environment and actions to resolve problems relating to wildlife through a module that had been outlined and talks from the National Parks and Wildlife Department (PERHILITAN),” he said.

He said students who majored in Environmental Studies were given the chance to run social programmes in an effort to expand knowledge and awareness on environmental issues among the Orang Asli.

"The most significant thing in a learning process is sharing of knowledge so that all parties can understand the importance of preserving the environment," he said. 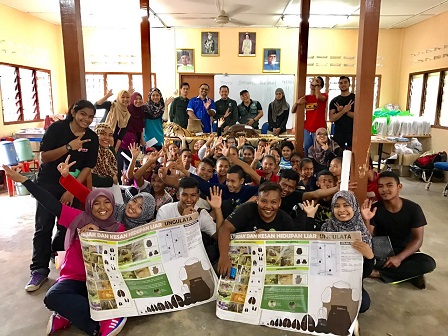 "This program is the best platform for students to improve their communication skills and build a good relationship with indigenous people and learn to understand their lifestyle," he added.

The programme which lasted for three days, was participated by 31 young people, aged 13 to 17, and aided by facilitators who used the module on Environmental Management and Conservation.

Creative and interactive approaches were adopted by facilitators to attract the attention of participants as well as village head and other villagers.