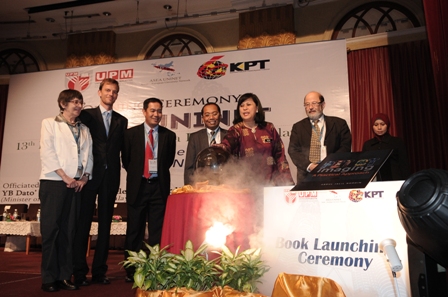 PUTRAJAYA, 6 March (UPM) – Universities in the Association of South East Asian Nations (ASEAN) have been urged to enhance collaboration with their European counterparts to propel their tertiary education to the international level.

The call was made by Prof. Dr. Carla Locatelli, the deputy European coordinator of the ASEAN-European Academy University Network (ASEA-UNINET), at a press conference during the 13th plenary meeting of the organisation  here from  18 to 21 Feburary.

The meeting, held in Malaysia for the first time, was hosted by Universiti Putra Malaysia (UPM), one of the four Malaysian universities which are members of  ASEA-UNINET, a network of 66 universities from the 10 ASEAN member nations and 7 European countries . 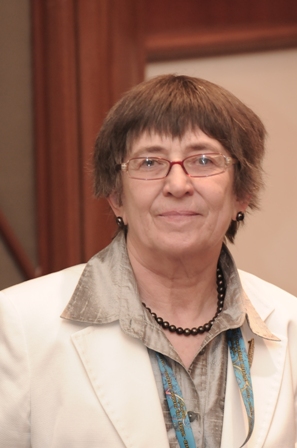 Prof Dr Locatelli said in this era of  globalisation, the cooperation and collaboration among the members would make the local universities known to Europe and vice-versa.

The investment made in educating the younger generations would ensure a better future when the young workforce were better educated, trained and competitive.

Prof Locatelli who is from University Trento of Italy was leading the European delegation to the meeting in the absence of the European coordinator, Prof Dr Bernd Michael Rode who is the founding member of ASEA-UNINET.

In her message in the programme book of the meeting, she paid tribute to Prof Dr Rode for founding ASEA-UNINET, saying that he saw the grouping as a “large family” rather than a mechanical association of numerical numbers.

“I believe that the trust, the respect, the willingness to cooperate that he has helped us build are truly great achievements, the ones that allow us to think today about a world of cooperation, in a troubled world of harsh interactions.

“Let me say that it is with our honest commitment to knowledge, compassion, respect, that we can counteract the terrible realities of a world at strife, a world ignoring the value of all people and of each person,” she said. 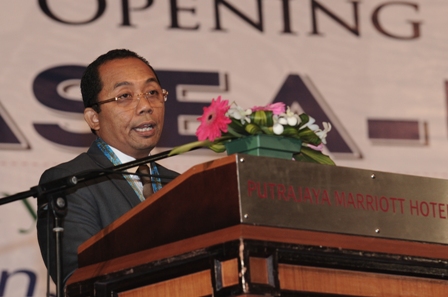 Malaysian Minister of Higher Education Dato’ Seri Mohamed Khaled Nordin in his opening address said he could see the huge potential of ASEA-UNINET in enhancing regional and international integration in addressing common concerns.

“Indeed, the internationalization of higher learning institutions can  strategically be an excellent approach in widening access and increasing acuity to improve quality of teaching and learning and enhanced research and innovation,” he said.

His speech was read out by Prof Dato’ Dr Roziah Omar, Director of the Academy for Higher Studies.

The minister who emphasized that Malaysia was committed to internationlize its institutions of higher learning, said their future depended a lot on how they prepare their human resources, including at the university-level so that their people could be creative and innovative in facing issues and challenges.

Former prime minister Tun Dr Mahathir Mohamad in a keynote address to the meeting, told the delgates of the importance for their graduates to be morally upright so as not to misuse their knowledge.

Institutions of higher learning should come up with a system to ensure that the knowledge gained would be used with good intentions for the betterment of mankind, the former Malaysian leader.

Chairman of ASEA-UNINET 2011-2013, Prof Dr Abdul Jalil Nordin said the diversified field of collaboration in academic and research was the main strength of their organisation.

The organisation would increase graduates’ employability through their student and staff exchange programmes, while developing a more competitive research network.

Prof Dr Abdul Jalil, a medical doctor who is the Director for Diagnostic Nuclear Imaging  Centre of UPM, said given the increasing  incidents of cancer cases in ASEAN, he had proposed at their meeting in Trento two years ago, that they come out with a book on PET CT Imaging – A Clinical Approach.

The book on the role of whole body PET-CT in the clinical management of oncology patients would serve as a foundation for post-graduate students and a reference guide for scientists and clinicians.

Among other things, the meeting dealt with a special topic on science policy and philosophy. -- UPM