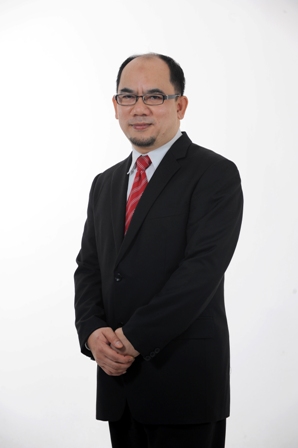 He replaces Prof. Datuk Dr. Mohd Fauzi Ramlan who has been appointed as Vice Chancellor of UPM on 1st January 2013.

He holds an American Associate Degree from Indiana University of Bloomington, Bachelor and Master of Science in Community and Regional Planning from the Iowa State University, Ames, Iowa and PhD from the University of Missouri at Columbia.

Born and raised in Perak, he started his service in 1994 with UPM as a Tutor at the Department of Social Science, Faculty of Human Ecology, and since then he has served the institution for 19 years, culminating in his latest promotion as Deputy Vice Chancellor.

Prof Dr Mohammad Shatar has served as a lecturer at the Department of Social Sciences and Dmevelopment, Faculty of Human Ecology from 1999 to 2004 before he was appointed as senior lecturer from 2004 to 2008. During that time, he was made the Director of Co-curriculum Centre and Student Development in 2006.

Given his professional expertise and specialisation, Prof Dr Mohammad Shatar was handpicked for international duties as an expert in organisations like the Tomorrow People Organization, the Asian Productivity Organization (APO), Community Development Academy (CDA), and while at the national level with the Public Service Department of Malaysia, the Federation of Malay Economic Bodies (GABEM) and the National Drug Prevention Agency.

While these invitations for duties at the international and national level served as recognitions for his expertise in Community Development, the “icing on the cake” came in 2010 when he was conferred the National Academic Award (AAN).

His new portfolio will include leading the administration of the office of Deputy Vice (Chancellor Student Affairs & Alumni) and supervising the development of UPM’s students.

Members of UPM’s management, in welcoming the appointment of Prof. Dr. Mohammad Shatar, said they see him as a key player in achieving the university’s goal of producing quality graduates with high employability and to enquiping UPM’s students with soft  and business skills in order to elevate their competency.

He has, afterall, spent all his working life looking into problems and issues for the development and betterment of the community, apart from soft skills development, social crisis, human capital, parenting, teenagers and motivation.