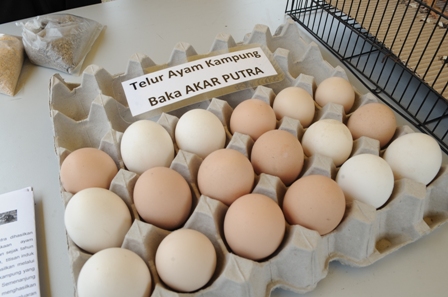 SERDANG,  July (UPM) – Akar Putra is a new breed of chicken grown by Universiti Putra Malaysia (UPM) researchers that is proving to be superior than the ayam kampung in that it can lay 200 eggs or four times as many as its free range cousins.

It is also bigger with more meat and longer legs while taking a shorter time to reach maturity.

The akar putra is also a result of a coincidence when the wild red jungle fowls flew into the UPM farm where the lecturers and students were breeding and researching with their ayam kampung  to mate about six years ago, said the head of the  research group,  Assoc Prof Dr Azhar Kasim, who is also the Deputy Director of the UPM Community Transformation Center  (UCTC-UPM).

They then paid special attention to the new cross-breed which they named “akar putra” and allowed them to grow and re-produce, while documenting their growth and development in comparison with the free range chicken. 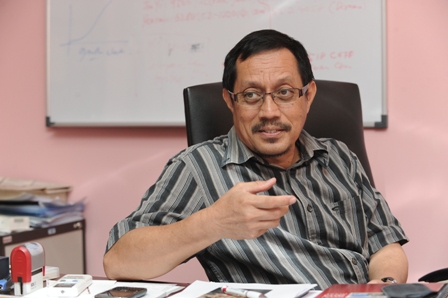 They found the new birds to have a more  robust growth process, with bigger bodies and a bigger capacity to lay eggs.

This new breed of chicken will be of higher value, be it for meat or eggs, as there is currently a high demand for the kampung chicken, he said.

Dr Azhar said the akar putra can produce 120 to 200 eggs per year, compared to about 50 by their kampung cousins.

"The eggs produced are also larger, reaching 60 grams each compared with ayam kampung eggs which weigh 45 grams each, in addition to having a pale yellow colour.

"The Akar Putra’s growth period is shorter, with duration of less than 13 weeks and produces chickens weighing 1.2 kg to 1.4 kg each. Therefore, this breed is profitable for commercial purposes as they can be marketed sooner.

"The Akar Putra chickens should be bred in a free range concept so that they  can remain active to develop more muscle and less fat.

"This free range and organic breeding can improve the nutritional value of not only the meat, but also the eggs which had been recognized in many studies," said Dr Azhar who is an expert in animal nutrition and system analysis. 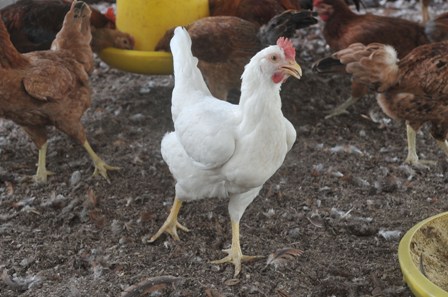 They had conducted their research from 2007, focussing on the new breed to reproduce the female and male parent line.

In addition, they also found the Akar Putra to be more resistant to diseases, especially epidemics. 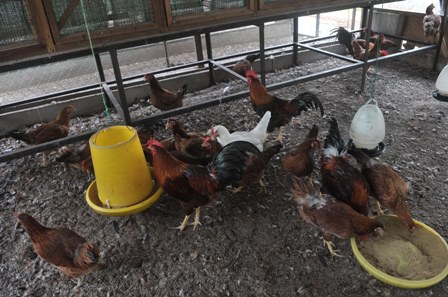 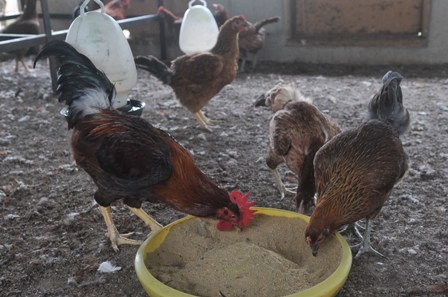 Dr.Azhar explained the cross breeding process had happened by chance, when the wild jungle fowls entered the UPM grounds and mated with their ayam kampung.

As there is huge market potential locally and abroad, he said UPM welcomed collaboration to breed the new breed of chicken on a commercial scale. -- UPM