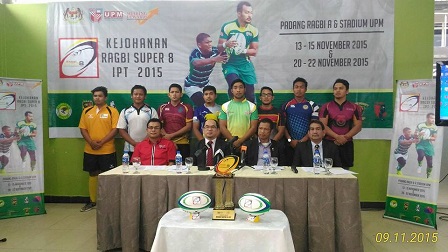 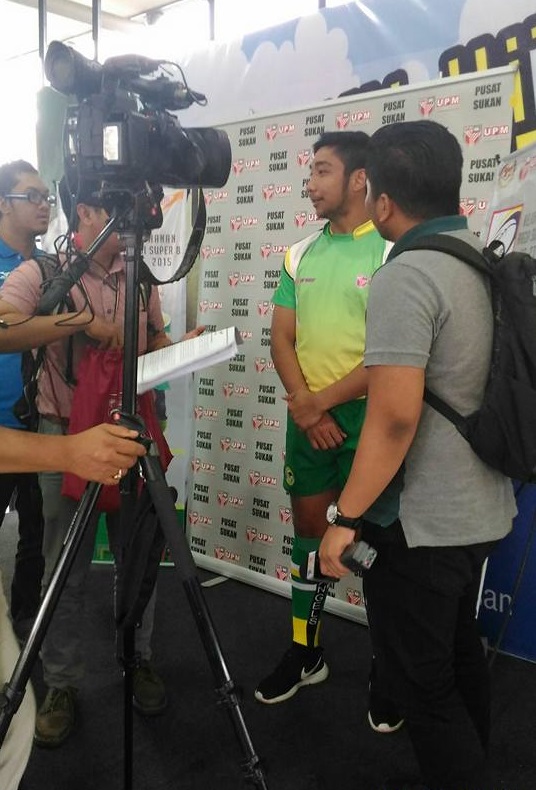 SERDANG, Nov 9 – Serdang Angels of Universiti Putra Malaysia (UPM) is confident of clinching the title of 2015 Super 8 Rugby tournament of institutions of higher learning to be held from Nov 13 till Nov 22.

“Our team has no problem or pressure in facing the championship.

“With the training programme and exposure, we are confident that Serdang Angels could retain the  championship title,” he said after a Press conference on the tournament.

Serdang Angels emerged champion in the first Super 8 edition last year. In this second edition, it was placed in Group A, together with UTP Knights, UTM Bronco and MSP Hornets.

Champions will walk away with the Challenge Cup, trophy, cash of RM5,000 and medals.