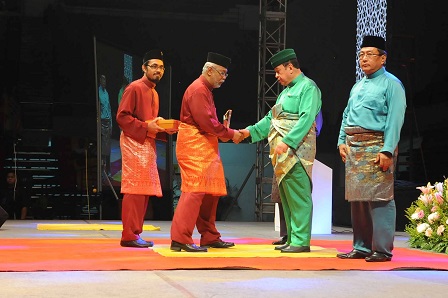 The parade which started at Stadium Mini and ended at Stadium Malawati, Seksyen 13, Shah Alam, saw the participation of 92 contingents.

“Our participation is on the invitation of Selangor Islamic Religious Department (JAIS). We also want to be involved in the parade and it is the least thing we can think of when we win fourth best team in the parade.

“Of course, we are grateful, but more importantly is unity…it is not easy to gather all the staff and students from various faculties as well as qariah members,” Dr. Razali said.

Contingent members gave their best and provided a banner for the parade, with training held for two days under the supervision of a library staff, Azhar Abdul Rahman, who is also one of UPM parade team members.

The contingent received a trophy, RM700 cash and a certificate. – UPM.