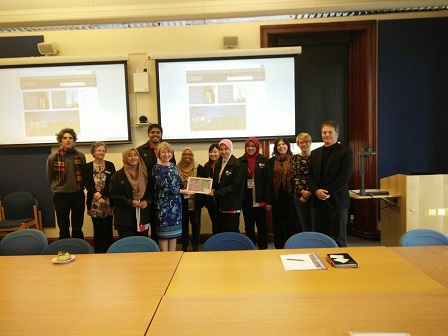 GLASGOW (SCOTLAND) – Driven by its “Go Green” motto and UPM’s aspiration to be the leader in the implementation of green campus concept, five students and an officer from the university’s Kolej Tun Dr Ismail took the initiative to share their idea and information with their counterparts in the United Kingdom through a UPM-Glasgow Global Green Outbound 2016 programme.

The mobility programme which started from April 5 to April 18, 2016 and lasted for 14 days, took place at several well-known UK universities such as University of Oxford, Glasgow University and University of Edinburgh.

UPM recently emerged top in Asia and 17 in the world in the rankings issued by UI-Greenmetric World University Ranking 2015 which were based on its relentless efforts for campus sustainability and effective environmental management.

Since then, this group of students began to make arrangements to involve lecturers and students of Glasgow University Environmental Sustainability Team (GUEST) in their attempts at introducing and sharing UPM’s environmental-related efforts which had been implemented despite global challenges such as weather and population density.

A host of activities and contests were held to instil awareness and introduce new options for green technology to preserve the environment.

Also held was a round-table discussion with lecturers from University of Glasgow (Dumfries Campus) Environmental Science and Sustainability, School of Interdisciplinary Studies, who had contributed immensely to the university via their environmental researches and programmes. 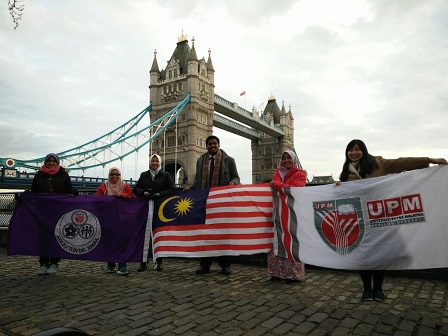 They also discussed, among others, the implementation of the university’s Eco-School project which is supported by the Scottish Government whereby students were required to implement their in-class learning to the society in the aspect of environmental sustainability. It is also known that the citizens of Scotland are educated with environmental knowledge starting from two years old.

To provide greater convenience to the citizens, the government had taken the initiative to offer consultation services and set up an official portal for the public to voice their concerns on environmental issues.

The university students were also involved in environmental sustainability programmes such as preservation of the Trust Wetland forest which is located near the campus where they learned about environmental management and asset development which also involved the community in a way to preserve the environment.

Discussions were not only confined to the questions of environmental sustainability but also a wider scope including economy and education. Global issues were also highlighted such as carbon effect, global warming, climate change, environmental degradation and pollution, enforcement of the law and industrial involvement.

As the person in charge of the programme, Miss Jane Cavani said such an international programme will not only allow students to exchange idea but also enhance their knowledge and skills in academic sphere in terms of environmental preservation, and contribute towards development in the university and the country.

“The discussion also paves the way for more collaborations and cooperation between the two universities,” she said.

Throughout their 14-day stint, the group was exposed to cultures and lifestyles of the community, Oxford and Glasgow students besides mingling with Malaysian students at the universities.

In addition to campus visits at worldwide and well- known university campuses, they also had the opportunity to visit and lunch with the Director of Education Malaysia in London, Assoc. Prof. Dr Zainal Abidin Sanusi at his residence in London.

Throughout the duration of this programme, students are able to enhance their soft skills, especially in terms of communication, leadership, critical thinking and problem-solving. This programme also helps to develop their mentality and produces first class role model students who are devoted to serving the country and the global community.