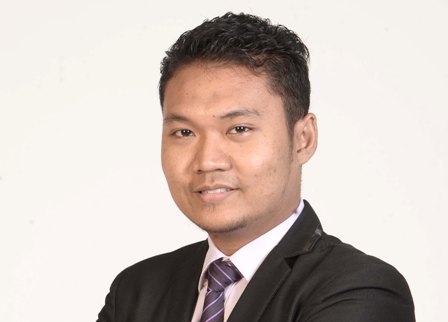 SERDANG, 18 August (UPM) – Accounting student Shazrin Eqwal Sulaiman of Universiti Putra Malaysia has kept his university flag flying high when he was selected a winner of the Excellence Awards for Best Accounting Graduates 2013 by the Malaysian Institute of Certified Public Accountants (MICPA).

The student who graduated with a Bachelor of Accounting (2nd Class Upper) last year, had earlier in January this year bagged the Dato’ Zakri Afandi Ismail award for academic excellence from his Faculty for Economics and Management.

Shazrin, 24, who is presently working as a takaful advisor with Prudential, said he was delighted with the award by the profesional body because it was a recognition for all-round excellence in accounting.

He said he has all his lecturers in the faculty to thank for his achievements.

He revealed that he was a pure science student at SMK Khai Mun in Bentong where he was born and raised, and he only decided to opt for accounting in February 2007, the year he was due to sit for his SPM (Sijil Pendidikan Malaysia or Malaysian School Certificates for 5th formers). 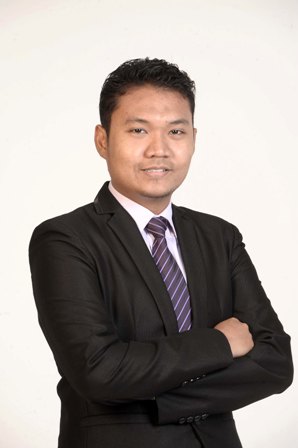 He signed up for Commerce and Accounting as additional subjects for the SPM exam for which he had to study on his own.

“Alhamdudilah, I scored 7A1s for my SPM, including Accounting, Commerce, History and Islamic Studies!” he said.

The 2nd youngest of 9 siblings to a policeman with the Bentong police station who passed away when he was in standard six, he recalled how his mother, a hospital attendant at the Bentong Hospital, had to struggle to raise her family.

Except for the youngest who is waiting for university admission, the rest of the brothers and sisters are all working, with some of them being married.

He said his four years of study at UPM was on a Public Service Department’s scholarship (PSD) and although PSD had called for him, he had asked for a deferment as he wanted to complete his Master in economics. He is now in the final semester of the Master’s programme of one-and-a-half-year.

Shazrin said he was initially interested in an academic career but after his experience with Prudential where he advises clients on Islamic or takaful insurance, he is getting interested in consultancy.

“ I will wait and see what PSD wants me to do, before I decide. I am still bonded by PSD,”  he said.

MICPA which has started conferring the Excellence Awards for Best Accounting Graduates of public and private universities since 1993 said it is meant to honour and recognize young graduates who have achieved all-round excellence in the pursuit of an accounting qualification.