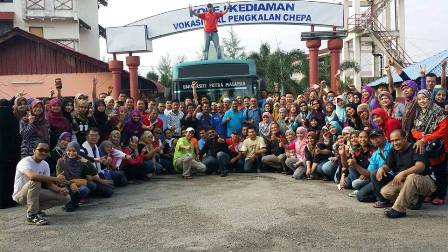 SERDANG, Jan 5 - Universiti Putra Malaysia (UPM) mobilised its first phase of 3D Flood Aid Volunteer Mission from 2 to 5 January 2015 recently, consisted of 150 students and staff including medical teams to the badly affected areas by the floods in Rantau Panjang, Kelantan. 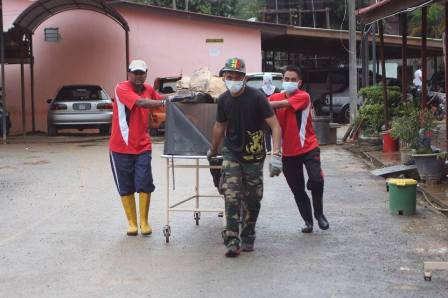 He said all the supplies such as clothings, daily essentials, food and cash, which were donated by UPM staff, students and the public would also be sent through this mission.

"UPM volunteers led by Deputy Deputy Vice-Chancellor (Student Affairs and Alumni) Prof. Dato' Dr. Mohammad Shatar Sabran, will help with the cleaning works at the Urban Health Clinic, Pasir Mas, Kelantan, which has been badly damaged by the floods so that the health centre will be able to operate on the next day.

"In addition, the volunteers will also help the community members in Taman Rantau Emas, Rantau Panjang, to clean up the affected surroundings," he said when commenting on the UPM volunteer team. 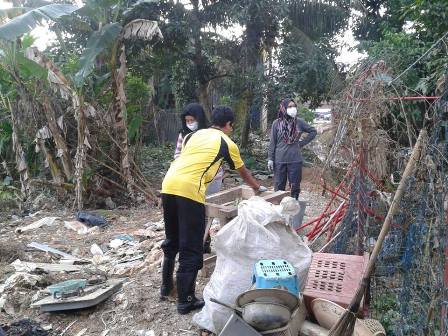 Prof. Mansor said prior to the departure of the second batch from 9 to 11 January involving approximately 400 student-staff volunteers in 10 buses, the first batch of volunteers who were stationed at the Pengkalan Chepa Vocational College ended their mission on January 5 and would return home on the same day.

"This mission has been coordinated by the Centre for Curriculum and Student Development (PKPP) that managed to gather volunteers among students to help victims alleviate their suffering," he said.

Besides raising money, the 3D campaign also encourages UPM community to perform prayers, Yasin recitation and general volunteers, counselors as well as religious officers will be dispatched to help the flood victims who are in need of their services.

The public can also make donations at two UPM 3D Relief Collection Centres located at the Experimental Theatre, Sultan Abdul Aziz Shah Arts and Cultural Centre (PKSAAS), from 9am to 5pm, and UPM Mosque from 6pm to 9pm, which run daily until the flood situations improve.