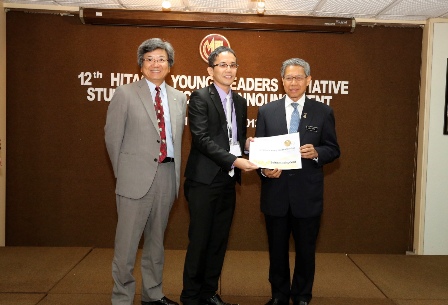 KUALA LUMPUR, 21 March – A Ph.D scholar from the Department of Food and Dietetic of the Faculty of Medicine and Health Sciences, Universiti Putra Malaysia (UPM), has been selected to attend the 12th Hitachi Young Leaders Initiative (HLYI) in Bangkok from 1st to 5th  July 2013.

Chang Sui Kiat, 27, is one of the four scholars from the institutes of higher learning who have been selected to represent the country at HLYI through an interview by a panel comprising of high-ranking officers. The other students are from Universiti Teknologi Petronas, Universiti Malaysia Sarawak and Universiti Sains Malaysia.

All of them will have the opportunity to meet other young leaders from the ASEAN countries at the Bangkok meeting to discuss and provide inputs on the roles of ASEAN in the Asian and global economy. 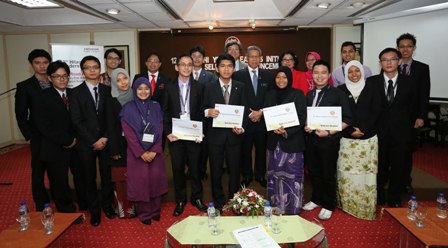 Chang Sui Kiat said he was overwhelmed with the selection as there were better candidates that day. Nonetheless, he owed his success to meticulous preparation and prior involvement in various activities organized by external parties and the university as well as relentless encouragement from the Director of CiRNeT Industry Network and Relation Centre, Prof. Madya Dr. Azizan Asmuni.

“I did not expect that I would be selected among the four to attend the HYLI programme because the competition and the selection process were tough,” said Chang whose area of focus is studying the correlation between nutrition in a community or country and its economic growth.

He said as the ASEAN is getting closer to its economic integration under the Asean Economic Community (AEC) imitative by 2015, the HYLI would be a platform for young leaders to articulate their views that could have a bearing on the AEC.

The topic at the Bangkok meeting is, “The Road Ahead: ASEAN’s role in Asia and the Global Economy.”

Apart from Malaysia, the other ASEAN member countries are Brunei, Cambodia, Indonesia, Laos, Myanmar, the Philippines, Singapore, Thailand and Vietnam...

Chang, who is also a Yang di-Pertuan Agong scholar, hopes to complete his Ph.D at the end of the year. His thesis is on “health-promoting properties of protein extracted from oil palm seeds.”

For his success, he was awarded a certificate of selection presented by International Trade and Industry Minister Dato Sri Mustapha bin Mohamed, who was accompanied by Managing Director of Hitachi Asia (Malaysia) Sdn Bhd Mr. Seiji Yoshimura - UPM