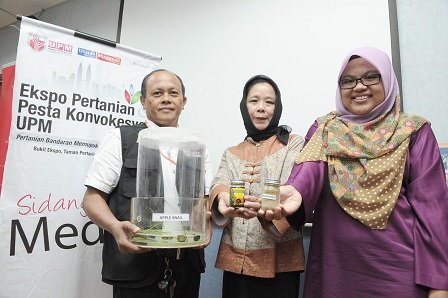 SERDANG, Oct 17 - Researchers from Universiti Putra Malaysia (UPM) have succeeded in creating a green technology Nano-Emulsion Formulation of Saponin, which is an environmental-friendly poisonous pesticide to kill Apple Snails that have been destroying cultivations, especially rice crops.

Nano-Emulsion Formulation of Saponin is a toxic botanical green technology that will not harm the environment when it is used to eliminate apple snails, or scientifically known as Pomacea spp, ,that have been destroying paddy cultivation, thus affecting or lowering production.

The group of researchers from the Plant Protection Department, Faculty of Agriculture, led by Prof Dr. Rita Muhamad Awang, formulated the poison out of saponin as the main active ingredient extracted from Furcraea selloa plants.

"It is invented using 10 percent w/w (weight per weight) of plant-based active ingredient (saponin) and 90 percent w/w of vegetable-based inert ingredients that are effective in controlling Pomacea spp (apple snails),” she told a press conference here. 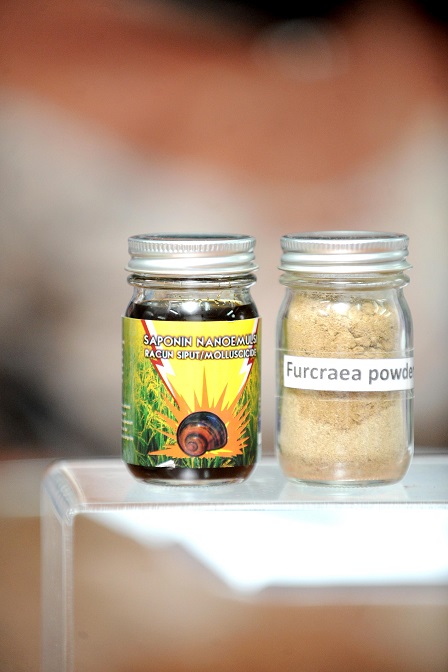 According to her, among the advantages of this innovation is that it would easily degrade into harmless compounds, making saponin not persistent to the environment, possessed feeding deterrent properties, effective as botanical molluscicides, and a green technology.

She also said this innovation was one of the research projects undertaken under the Long-term Research Grant Scheme (LRGS) by Higher Education Ministry. The research commenced in 2012 and the product was patented in 2015.

She added that the innovation was one of eight products that were officially launched by Higher Education Minister, Datuk Seri Idris Jusoh, at UPM Product Launch and Transfer of Technology For the Improvement Of Paddy Cultivation in Jerteh, Terengganu on Oct 30.

Prof Dr. Rita said apple snails were pests that attacked on the first 28 days of paddy cultivation. After reaching 28 days, it will not destroy the crop.

She added the product that came in the form of liquid needed to be sprayed around paddy field a week before cultivation begins in order to get rid of apple snails. For a one-hectare area of paddy field, 1.8 litre of Nano-Emulsion Formulation of Saponin is required.

"These snails are hard to die. Therefore, early prevention according to scheduled term in the use of Nano-Emulsion Formulation of saponin,is important," she said.

She also said the innovation could minimize the use of pesticides containing chemicals on crops, especially rice. – UPM