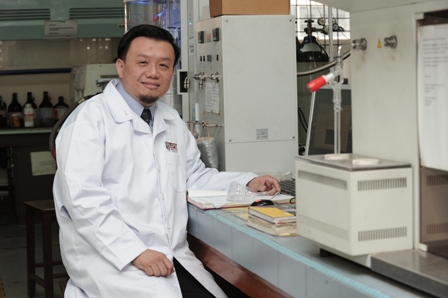 SERDANG,   3 Oct (UPM) – A chemistry professor of Universiti Putera Malaysia has been recognised by his peers when he was elected to become a member to a division of the International Union of Pure and Applied Chemistry (IUPAC), the umbrella body of national chemistry organisations around the world.

Prof Taufiq Yap Yun Hin, 45, was elected at the Titular Member of Division 1 dealing with Physical and Biophysical Chemistry of the Zurich-based IUPAC for the 2014-2015 session. The election also puts him in place for the next 2016-2017 session.

The other Malaysian given this honour is Datuk Dr Soon Ting Kueh, the President of the Malaysian Chemistry Institute (Institut Kimia Malaysia) who was elected as a Titular Member to the  Chemistry Research Applied to World Needs  (CHEMRAWN) for the 2012-2013 session. Dr Soon was re-elected for another 2014-2015 term in CHEMRAWN,  one of the eight divisions of IUPAC.

Prof Taufiq Yap who hails from Kota Kinabalu, said the election to the post came as a surprise to him. Nevertheless, he was happy as it is an honour to UPM, IKM and the country.

“I have received the invitation to the first meeting of the division in Zurich some time in next May to July,” he said, adding that he has been notified of his election by the president of the division, Prof Kaoru Yamanouchi, who is a professor of chemistry at the University of Tokyo. 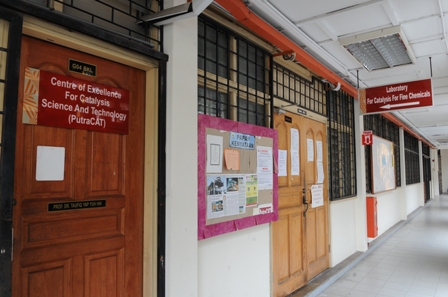 The notice for the meeting came from Prof Roberto Marquardt, vice president of the division who is from the University of  Strasbourg, France, and who is leading the division’s “Green Book” project.

Prof Taufiq Yap said he realised that the election to the IUPAC post is a huge responsibility and he would do his utmost for the good name of UPM, IKM and country.

He is married to Dr Amalina Abdullah, a senior lecturer in Accounting and Finance of the Faculty of Economics and Management of UPM and they have four children, a girl and three boys.

He had his early secondary education upto STPM or high school level at SMJK All Saints Likas in Kota Kinabalu before joining UPM where he graduated with a B.Sc (2nd Class Upper) in Chemistry in 1992 and a M.Sc in Natural Products Chemistry in 1994.

He then went to read his PhD in Heterogeneous Catalysis at the University of Manchester Institute of Science and Technology (UMIST) United Kingdom from 1994 to 1997.

Prof Taufiq Yap returned to UPM to be a lecturer at the Department of Chemistry in 1997 after which he rose to become a professor and head of the of Putra Catalysis Science and Technology Research Centre (PutraCAT) which was established in 2008 to mark the 11th anniversary of heterogeneous catalysis research in UPM. 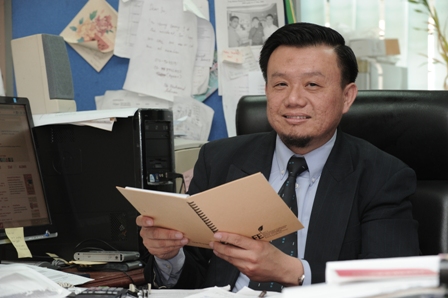 He also ensures that PutraCAT provides researchers with a unique scientific environment that fosters groundbreaking research, collaboration and training of young researchers.  Currently, PutraCAT has approximately 64 members, including 6 principal researchers and 1 research officer.

He is currently a council member of the Asia Pacific Association of Catalysis Societies (APACS), Associate Member of Institution of Chemicals Engineers (AMIChemE), UK and member of the Malaysian Natural Products Society and Malaysian Society for Engineering and Technology (mSET).

He has several patents to his name, including one with the US patent office. – UPM