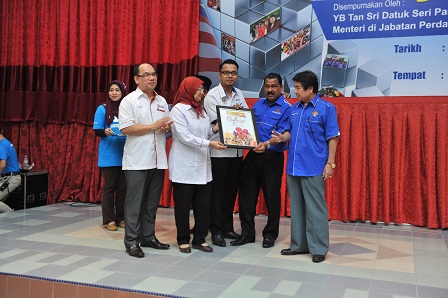 SHAH ALAM, August 5 – The Centre for Curriculum and Student Development (PKPP) and the Office Of Deputy Vice-Chancellor (Student Affairs And Alumni) of Universiti Putra Malaysia (UPM), in collaboration with the Department of National Unity and Integration (JPNIN), have created a cross-cultural module to enhance unity, national integration and patriotism among the people of various races, particularly younger people.

It was officiated by Minister in the Prime Minister’s Department, Tan Sri Joseph Kurup, and attended by among other people, UPM Vice-Chancellor, Prof. Datin Paduka Dr. Aini Ideris.

Tan Sri Joseph Kurup said that in the absence of education with elements of cross cultures, students might not be able to recognize their own identity as well as the needs of their friends from other ethnicities, and this, indirectly, could stir racial issues in schools.

While stressing that the emphasis on Cross Cultural Module should not merely be on understanding the cultures and customs of other races, he said it should also encompass nation-building aspects such as nationhood, identity and moral community in order to create an ethical and tolerant generation of good moral values. 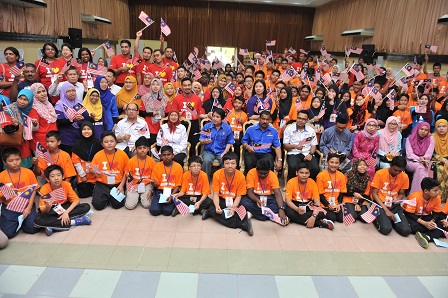 Prof. Datin Paduka Dr.Aini Ideris, meanwhile, said UPM was ready to cooperate and share its expertise with JPNIN and other agencies so that the content of Cross-Cultural Module could be implemented and achieved for the welfare of the various races in the country in the future. In this respect, she added, the fundamental understanding of the principles contained in the Rukun Negara must form the basis in the formation of personality of school students. – UPM.