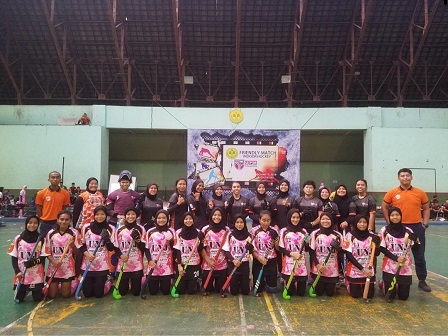 The 5-day visit under the Student Mobility Programme at Indonesian Universities 2018 was aimed at inculcating the spirit of sportsmanship and sharing of Malaysian-Indonesian sports science knowledge.

Head of UPM Sports Centre, Dr Hanafiah Ayub said they interacted with UPI and UNJ athletes and shared about the facilities and sports management in Indonesia, especially at both universities.

“UPI and UNJ have some of the best sports facilities and good management system, and these advantages have made their hockey teams among the best in Asia.

“This programme has boosted the spirit of sportsmanship of UPM, UPI and UNJ hockey athletes and has further reinforced the relationship between teams of both countries,” he said. 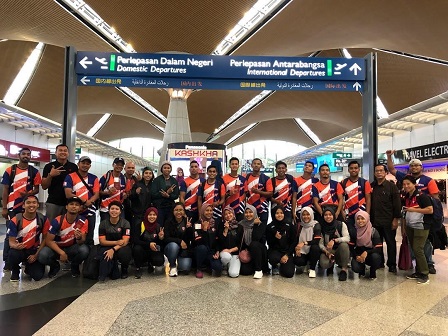 One programme participant, Nurul Safiqah Mat Isa said that when they were at UNJ, they went out sightseeing and visited the Para Asian Games 2018 sports arena in Jakarta and also enjoyed the local favourite food, Nasi Ayam Penyet at a well-known restaurant.

“Our UPM hockey team is grateful for the opportunity to see for ourselves the sports arena prepared for the Para Asian Games 2018 that is to be held around the city of Jakarta. UNJ  was very hospitable,” she said.

In addition to sharing information on sports, the programme also shared information on culture and tradition at the dinner party and cultural performance. Although Malaysia and Indonesia are countries belonging to the same flock, there are cultural differences that can be shared.

The mobility programme was held at UPI and UNJ because both universities have the strongest and best hockey teams in Indonesia. Athletes of both universities are not just great in hockey but also excel academically. - UPM