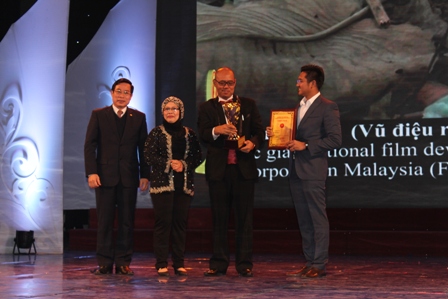 The documentary directed by a Department of Communication lecturer, Dr. Megat Al-Imran, who is currently serving as the Finas Deputy Director-General (production and technical), pictured about the unique phenomenon of people in the Pahang and Kelantan interior to lure wild animals to them with the rhythmic beating of twigs.

"Animals like deer come to dance when they hear the rhythm. The phenomenon shows a close bond between humans and animals and it is also a tradition that should be passed on to future generations.

"'Jungle Beat‘ also won the Gold Award at the Exhibition of Invention, Research & Innovation UPM in 2012. The documentary research grants and production had also been fully funded by Finas since 2010," said Dr. Megat.

Megat said Finas-UPM joined this festival by sending five documentary films when invited by the Ministry of Information and Communications of Vietnam under the Asean Information Committee programme. 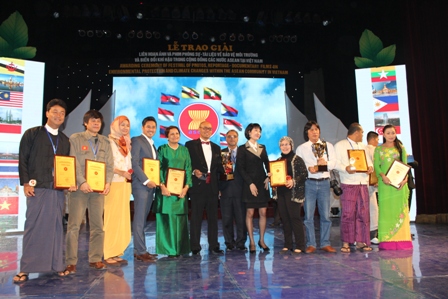 He said three of the five films were shortlisted for the final round of judging along with other films from Myanmar and Vietnam.

The 2nd time festival was organized by the Ministry of Information and Communications of Vietnam with the theme 'Environmental Protection and Climate Change in ASEAN Communities'. This year, more than 150 participants from ASEAN countries sent their entries competing in various categories, such as photos, videos and documentaries.

The festival promoted the building of a 'clean and green' ASEAN through photos, video reports and documentaries that highlighted the achievements in environmental protection. It also recognized individuals and organizations from ASEAN countries, whose efforts contributed to environmental conservation .