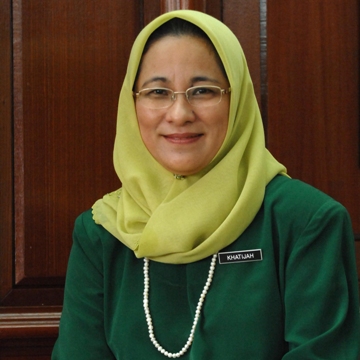 SERDANG, 29 Jan (UPM) – A Universiti Putra Malaysia (UPM) professor has been named as one of the 20 most influential Muslim women in science in the Islamic world by Muslim-Science.Com, an online portal dedicated to a revival of science

and a scientific culture within the Islamic world.

Prof Datin Paduka Khatijah Yusoff,  an expert in microbiology, molecular biology, and biotechnology, is a former Deputy Secretary-General of the Ministry of Science, Technology and Innovation (2008-2013) and Deputy Vice Chancellor (for academic and international affairs) of UPM.

She is one of the two Malaysian women scientists cited by Muslim-Science.Com

(The other Malaysian is Prof Adeeba Kamarulzaman, of the Faculty of Medicine of Universiti Malaya, who has dedicated her career to the prevention, treatment and research of infectious diseases and HIV/AIDS).

Prof Khatijah is presently a professor with the Department of Microbiology  of the Faculty of Biotechnology and Biomolecular Sciences where she has resumed her research work.

Born in Penang where she had her early education, she won a Colombo Plan Scholarship to La Trobe University, Australia where she graduated with a First Class Honours degree in Microbiology in 1979.

From there, she secured a La Trobe University research scholarship to complete her PhD in microbial genetics in 1983 before joining UPM as a lecturer in the same year.

Her research covered microbial genetics to the molecular biology of the Newcastle disease virus (NDV) and other paramyxoviruses.

She was promoted to Associate Professor in 1994 and became a full Professor in 2001. She served as the Dean of the Faculty of Biotechnology and Biomolecular Sciences in 2006,  before serving as Deputy Vice- Chancellor for Academic and International Affairs at UPM from 2007 to 2008. 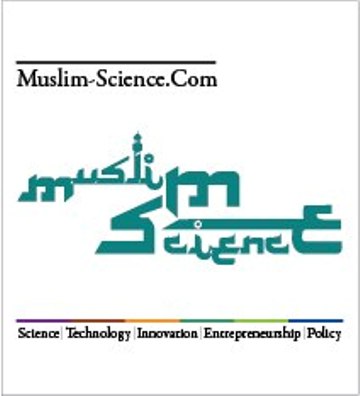 She has received several awards for teaching and research in microbiology, in particular on the molecular biology of NDV. Among them is the 2005 Carlos J Finlay Prize for microbiology by UNESCO and the National Young Scientist Award in 1990.

She was also selected by the Houghton Trust and invited to deliver the Third Houghton Lecture at the XIIth World Veterinary Poultry Association (WVPA) Congress in 2002 for her contributions to the poultry industry.

She has over 100 publications in refereed journals and well over 290 papers in proceedings and abstracts. In addition, she has filed several patents and trade marks, and currently holds a US and a Malaysian patent.

Prof Khatijah was made a fellow of the Academy of Sciences Malaysia and she was conferred the Royal Award “Dato’ Sultan Sharafuddin Idris Shah” (D.S.I.S) bestowed by the Sultan of Selangor which carries the title “Datin Paduka” in 2006.

Muslim-Science.Com in its announcement on 13th January 2014, said the list of the 20 Muslim women scientists is the first ever and these women had performed amazing feats during the course of their careers.

These women came from all five main regions of the Islamic World, namely, South East Asia, South and Central Asia, Gulf and Persia, Maghreb and North Africa, and North America and Europe and they covered at least 6 disciplines.

They were divided into three spheres of influence, namely the pioneers, the shapers and the emerging scientists.

Prof Khatijah is placed under the “shapers” category while Prof Adeeba is an emerging scientist.