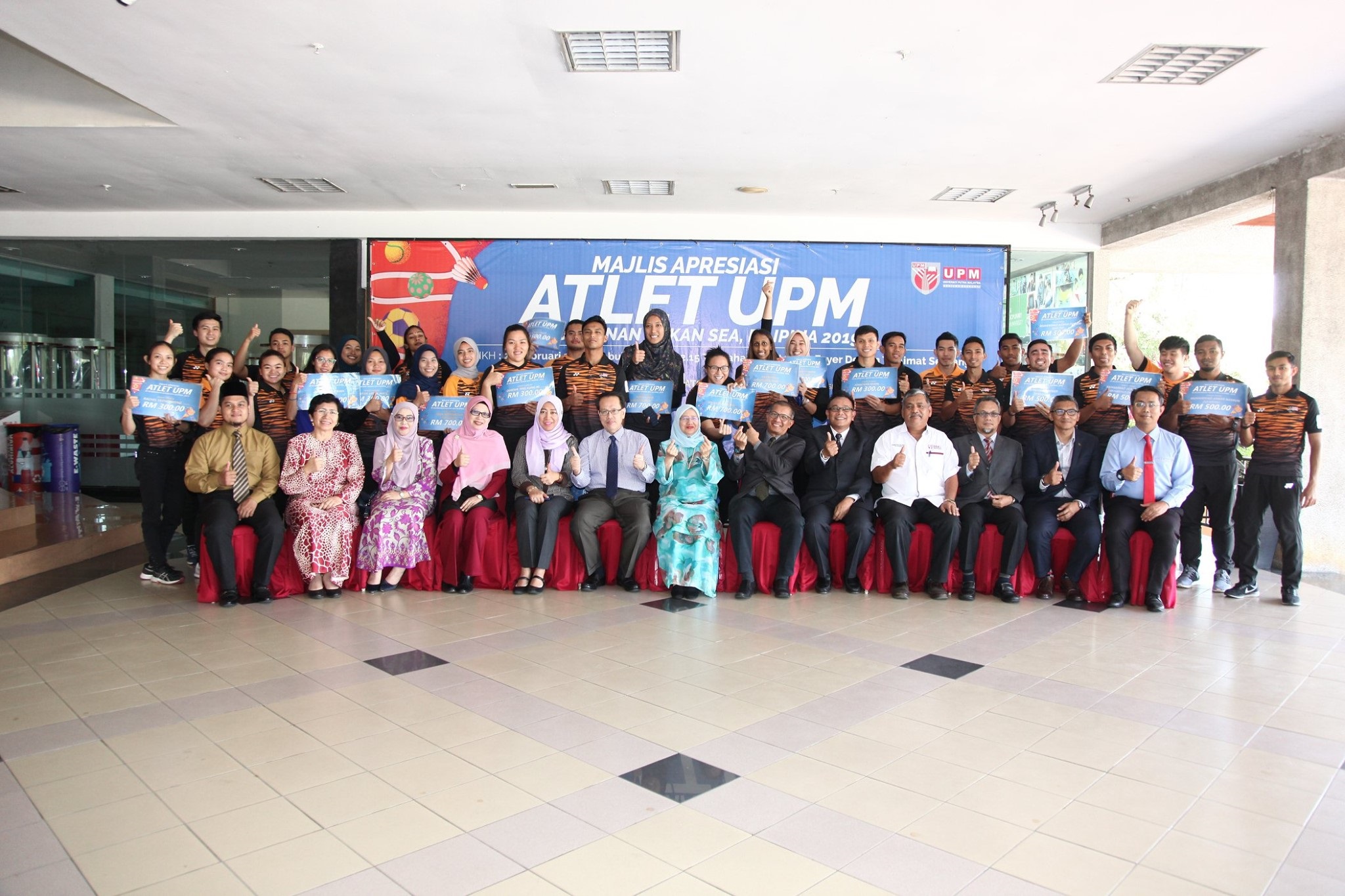 SERDANG – Universiti Putra Malaysia (UPM) celebrated 36 athletes who represented Malaysia at the 2019 Manila SEA Games as a symbol of appreciation to the athletes who are also UPM students for honoring the name of the country and the university.

UPM athletes contributed five gold, three silver and four bronze medals from the overall achievement of the national contingent which was 55 gold, 58 silver and 71 bronze medals in the biennial sports event.

In addition, UPM athletes had recorded many triumphs throughout 2019, including being the runner-up at the MASUM Sports Carnival at Universiti Malaysia Pahang (UMP) and as champions at both the Super 8 Rugby and the Selangor Hockey League.