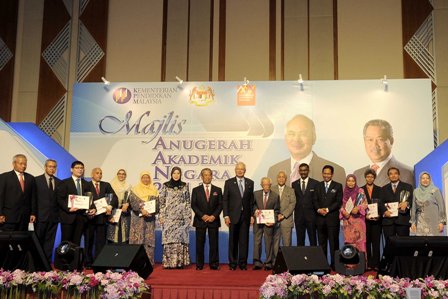 Other UPM recipients were Prof. Dr.Hajah Rahinah Ibrahim from Faculty of Design and Architecture for the Arts and Creativity Award (Visual Arts/Architecture/Craft category) and Prof. Dr. Azni Idris from Faculty of Engineering for the Innovation and Product Commercialisation Award. 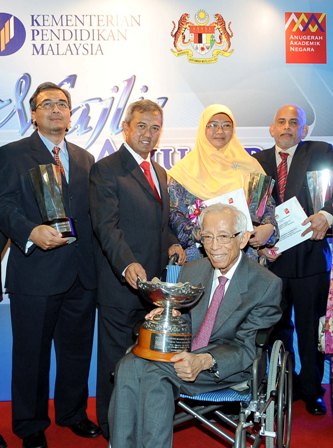 UPM Vice Chancellor, Prof. Dato' Dr. Mohd. Fauzi Ramlan , said AAN is dubbed as the highest government recognition to academics excellent performance in education, their contributions to the nation development and it has since recognised more academics from UPM.

"These awards are significant to UPM because they symbolise the recognition of the academics contributions not only in teaching and research, but also in knowledge and technology transfer towards the nation development and community involvement to generate wealth for the country," he said at the event here. 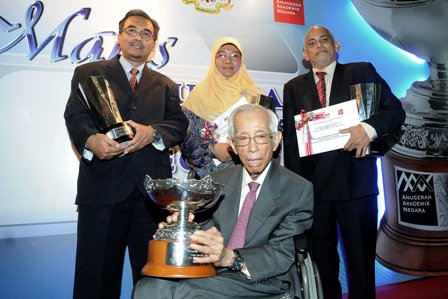 AAN has entered its eighth year since it was first introduced in 2006 and has crowned 41 academics who have been actively contributing their expertise and knowledge to not only other academics and students, but also to the community at large through their organisations of forums and discourses, book and journal publications, TV and video interviews. 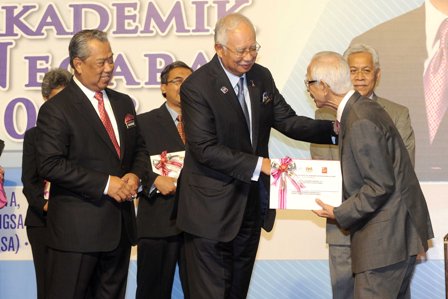 
He also helmed the privatisation of Telekom Malaysia Berhad and appointed as its Executive Chairman from 1987 to 1995; Executive Chairman of Guthrie Group Berhad and also appointed as the member of the board of directors in several Guthrie subsidiaries from 1982 to 1987. His appointment as the Independent Director at Unisem (M) Berhad since 1998 has retained to this day. The highlight of his stature in the education world was when he received the Emeritus Professorship from Universiti Pertanian Malaysia (UPM) in 1982 and the Honorary Law Doctorate from Universiti Kebangsaan Malaysia (UKM) in 1999. 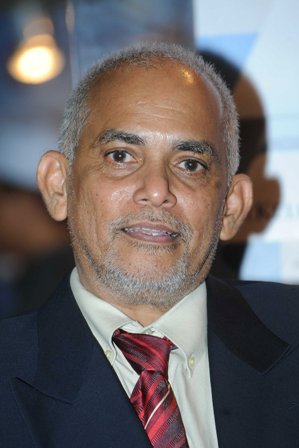 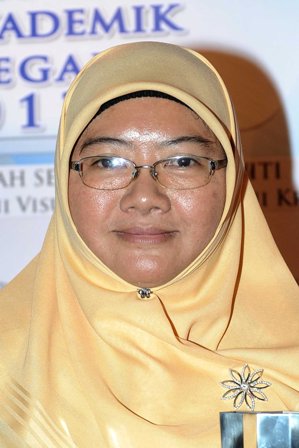 She was listed in Top Research Scientist Malaysia by Academy of Sciences Malaysia in 2012, which also made her the sole recipient with design and architecture background to have received the award.

Her innovation in timber-based building system has gained the attention from the local construction industry and abroad. As the pioneer of this innovation, UPM has awarded her a research grant worth RM2.2 million for the development of SABSystem in restructuring Green Village (Mini Smart City) at UPM Serdang campus. 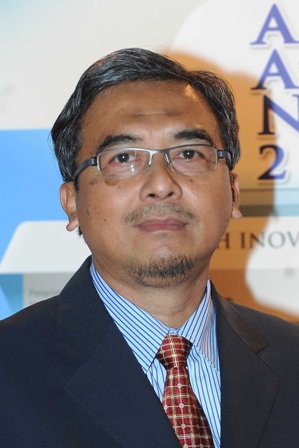 He has more than 26 years of experience in conducting research work on sewage treatment and has also been actively involved in consultancy projects (waste management) through his contribution in technical expertise, advisory services in environmental design and treatment technology for various types of industrial waste.